A Tale of Two Learnings

Too much?  It just seems so appropriate that after the first phrase, I had to include the whole thing.  But this is not about a city, but about two completely different learning experiences that I had recently, in fact on the same day.

I adore listening to a professional who presents expertise in a special area and I was fascinated to learn from Sheridan Reed about Cloisonné at the online lecture, How many types of Cloisonne are there? presented as part of the SDSU Chinese Cultural Center collaboration with the SD Chinese History Museum.  (More info: Mu-Ting Huang  6195944791)

Cloisonné is a decorative art form practiced since 1300 BCE. Traditionally, wires are used to divide colors on a metal substrate and to create designs and then filled with glass. But it is easy to confuse cloisonné with other forms of enameling and Chinese cloisonné is different than that made in Japan. Being able to identify all these different aspect does take a “superlative degree of comparison” skills and being guided through the difference between Champleve (where the metal is gouged out and then filled with glass) and Basse Taile (where the metal is engraved with a design of lines and the glass floats over the top)  was inspiring.  The following gives you a brief overview in pictures of all we learned of the steps of the cloisonné process. 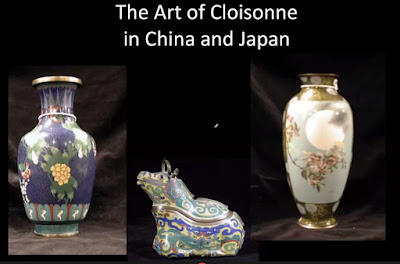 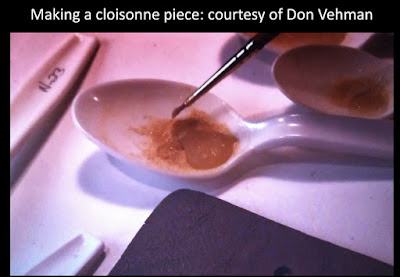 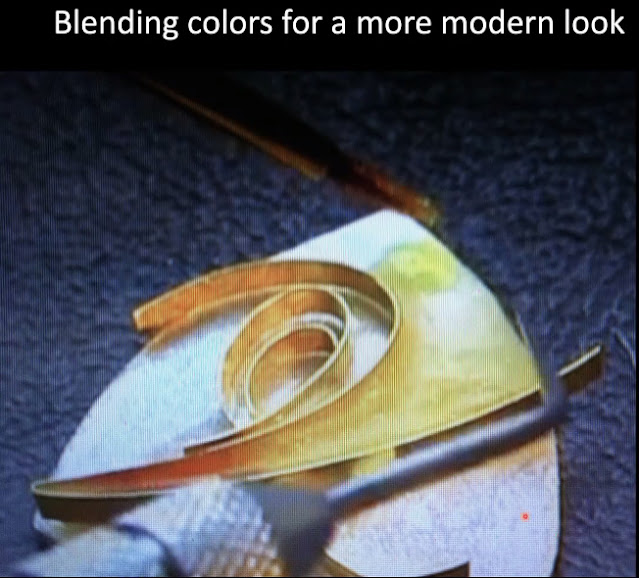 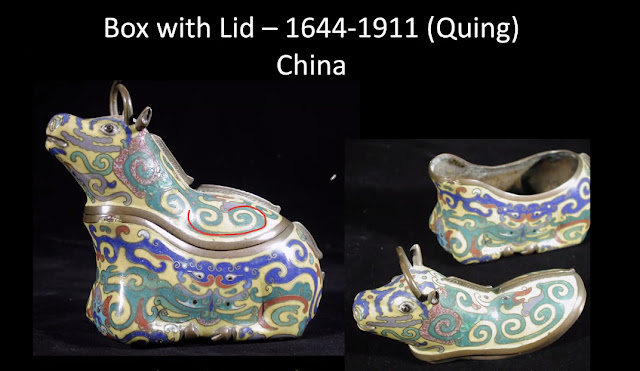 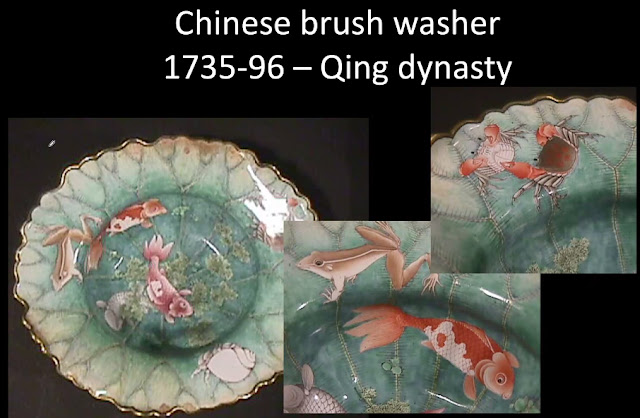 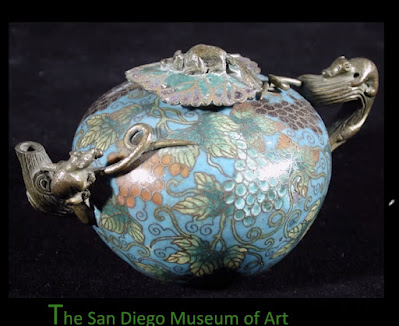 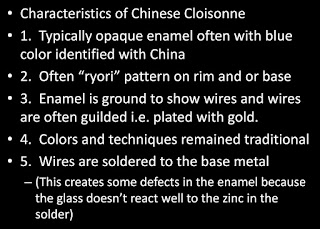 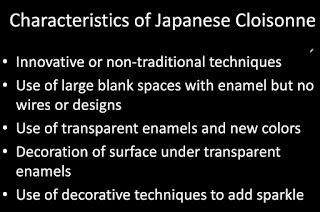 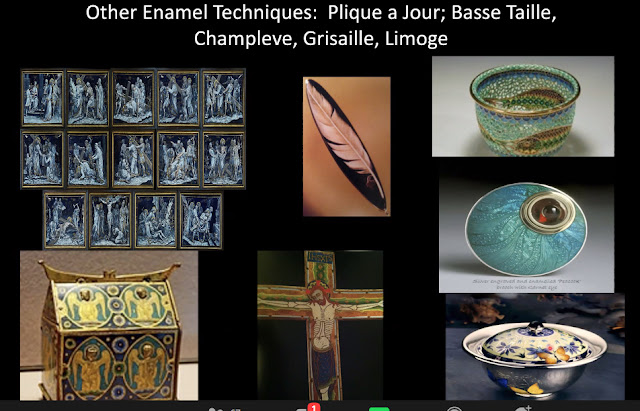 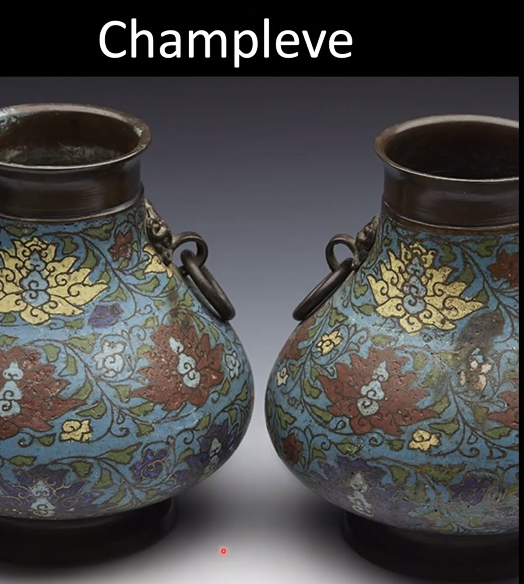 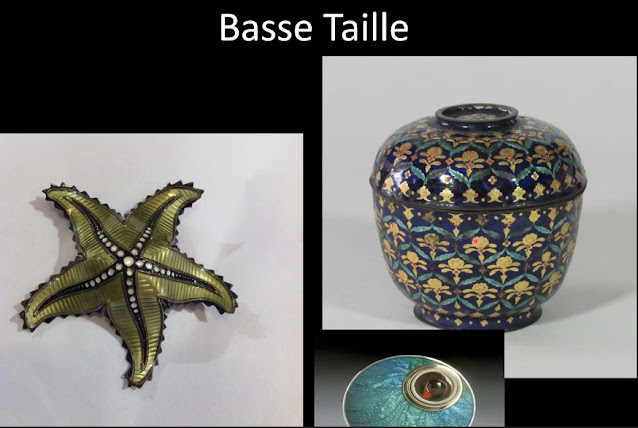 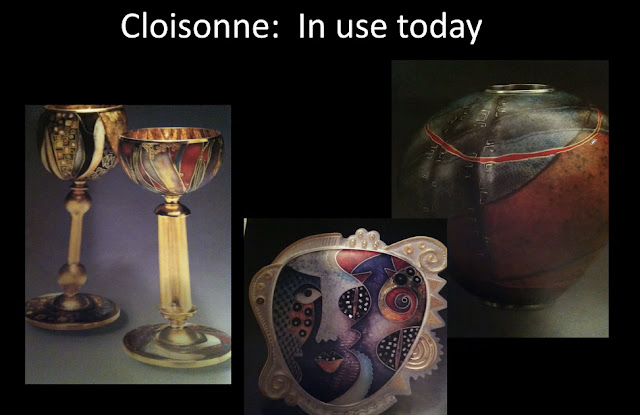 In the second workshop, I learned from young students on the spectrum about their dreams and their challenges while they created I AM Identity boxes. They were asked, “Who do I feel I am inside? What do I want others to know about me? What words encourage me to be my best?” This project was inspired by the world-famous autism expert and award winning college professor, Dr. Temple Grandin. She said, “The most interesting people you'll find are ones that don't fit into your average cardboard box. They'll make what they need, they'll make their own boxes.”. The workshop was led by Kira Carrillo Corser part of Compassionate Arts San Diego and creators of The Posts for Peace and Justice.

Kira encouraged the students by suppling small wooden boxes and simply telling them that it might be good to add some words that are meaningful, to paint some images or add found objects.

She also said glass sparkles and is a symbol of the soul. It transmits light. It made me think of the cloisonné and how I was drawn to it.

Some of the words these young geniuses came up with are as follows:

Shine brightly so others have a lighted path
I am not broken, I am just different.
I can speak and think for myself
Marisa identifies as “Wolf Girl.” She loves and feels comfortable with animals. So she found an image of a wolf and pasted it into her box, after painting the box her favorite colors red and purple. Her words inside the box are, “Throw me to the wolves and I become their leader.”

But of course, my favorite was: My art is worth a thousand words. 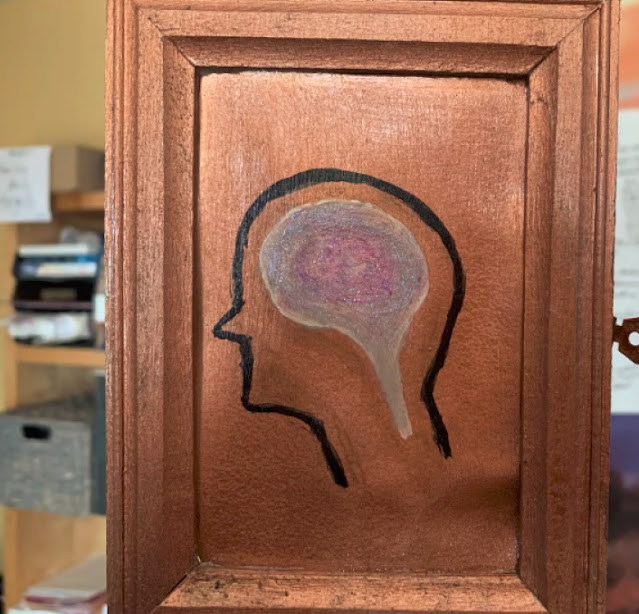 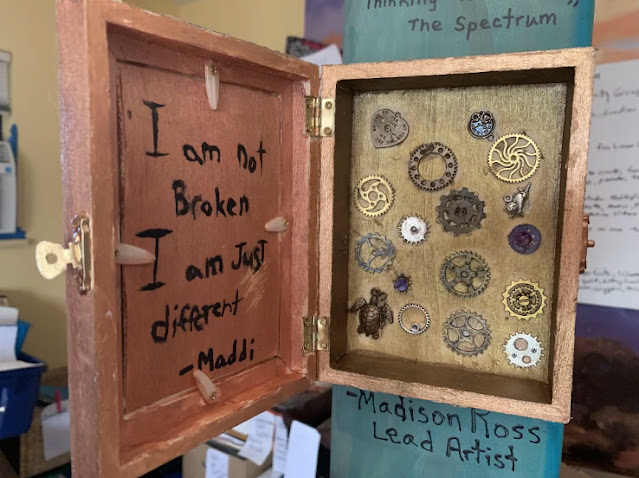 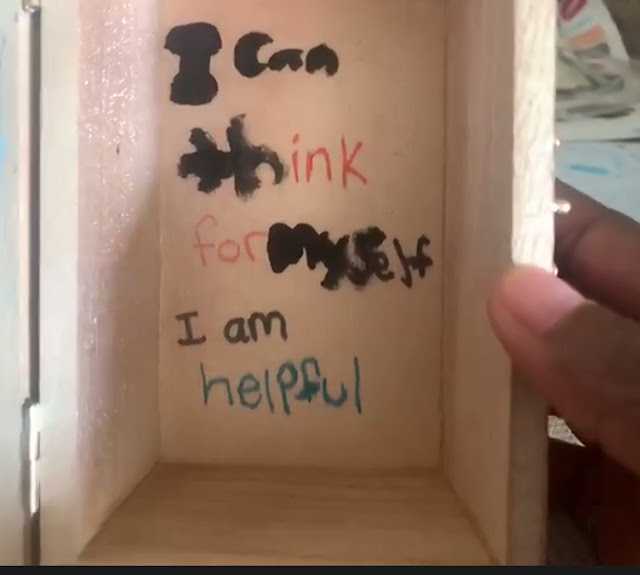 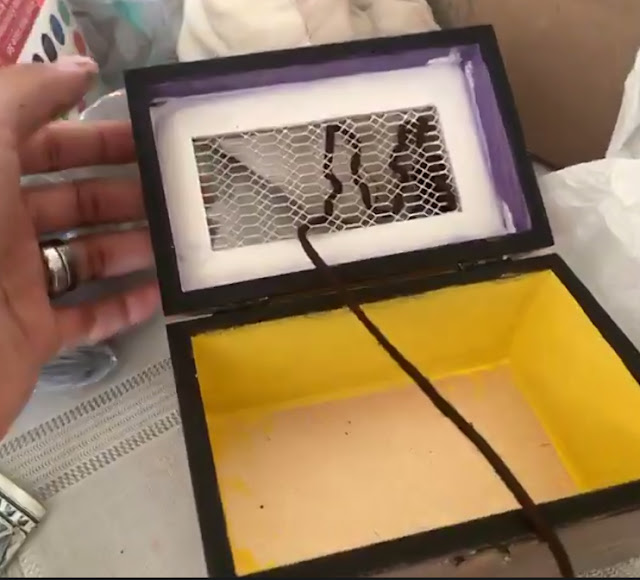 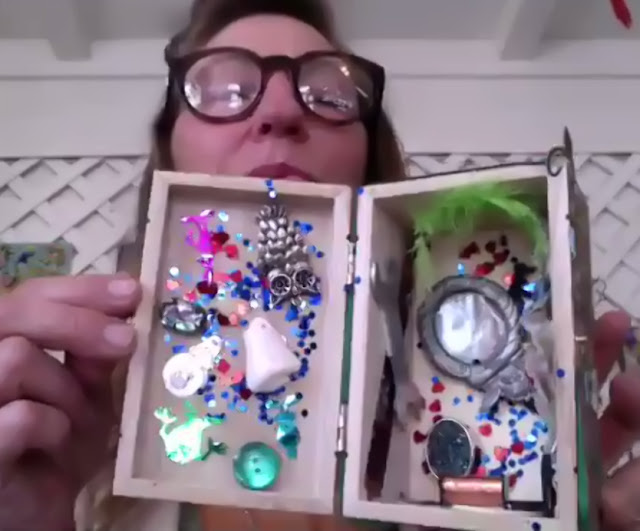