Our banner in July, 2014 was in support of the new Visual Arts component of the SD Visual Fringe Festival. In most cities these festivals do include fine art but as San Diego is only in its second year, we were gratified to see them adding more visual arts this year.

There are two main displays, one at the Spreckles Theater SD Fringe Festival Lobby and one on the third floor of the Ten Street Art Center. As I was attending a couple of productions at the Tenth Street, I concentrated more on this exhibition put together by Gailee Walker Wells the director of Theater Arts West. This fledgling theater company is exploring a permanent location in San Diego but they have already put on several independent productions. One of those at the Encinitas Library asked writers to take their inspiration from visual artists. So it is not too surprising that Kevin Charles Patterson found Gailee to help mount this first foray. She also produced Off Broadway On Broadway, a selection of scenes from their repertoire, for the Fringe this year.


Ed Coonce has experience in working with the community to create aspects of a larger work that he then composes and polishes. The results are unique to his style but still collaborative.  David Cuzick takes line drawing in a new direction in some very original works. He is showing with Gabriele Bitter whose works are abstract and Noreen Ring who used mixed media to create little worlds of wonder. Those four artists made up this special exhibition for SD Fringe Festival 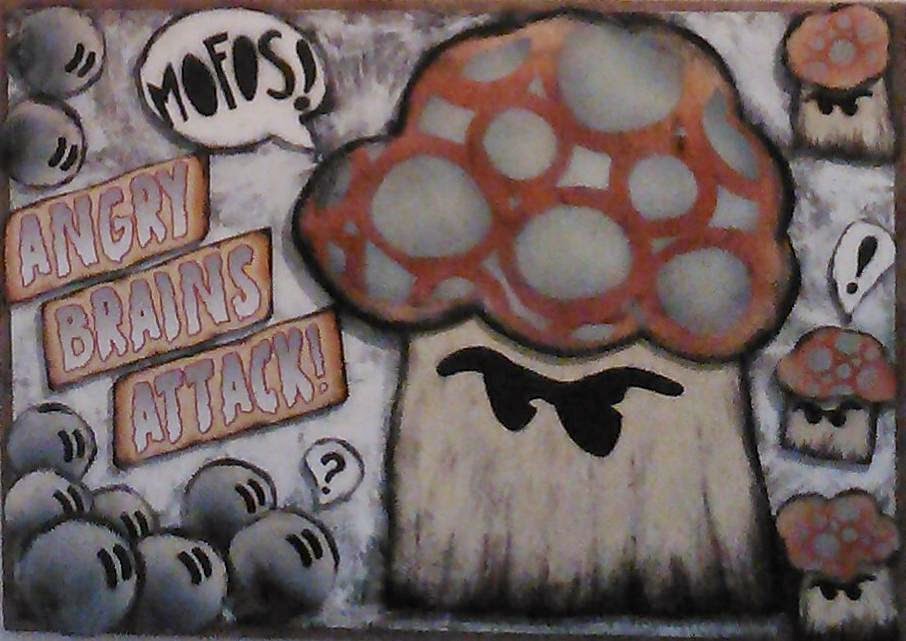 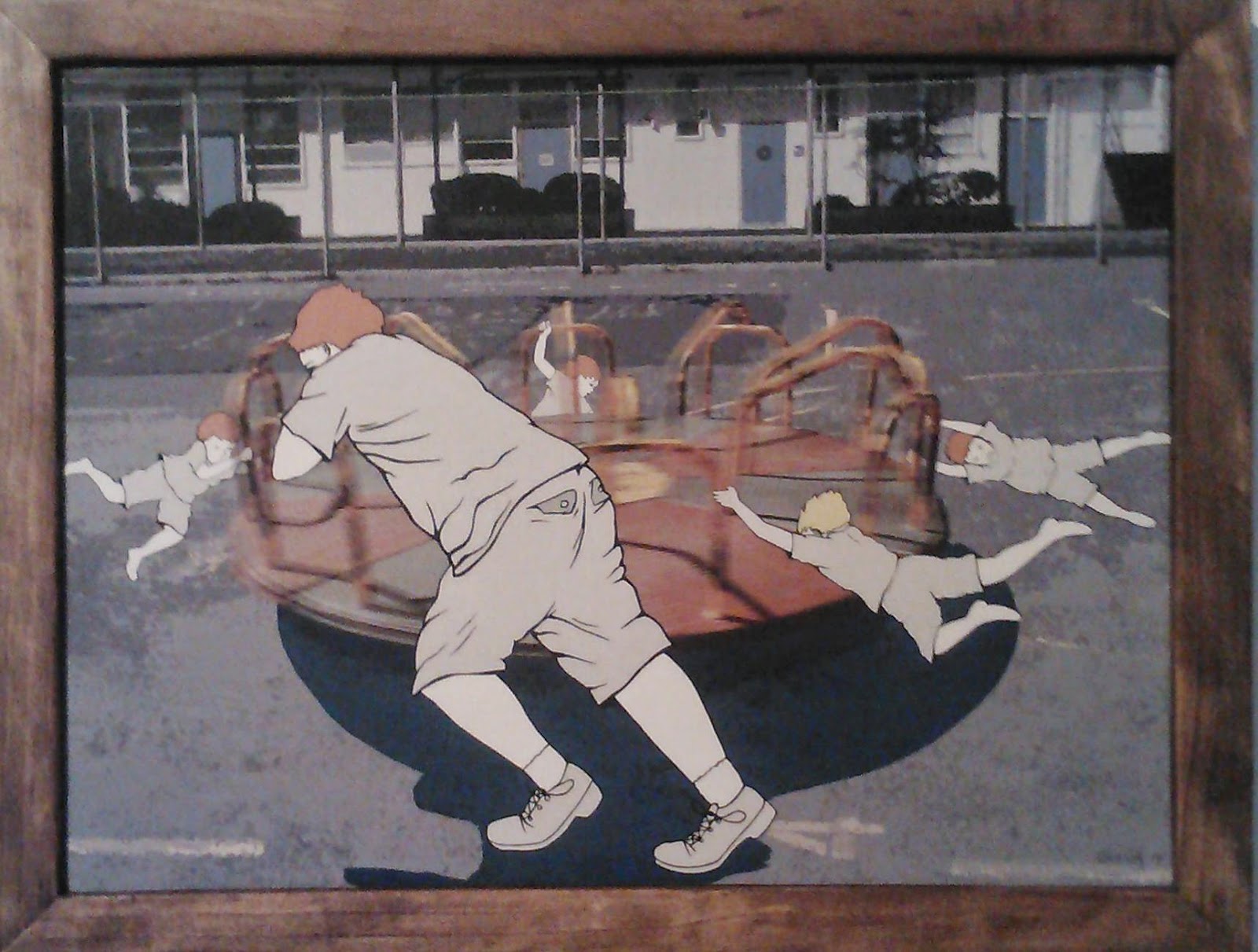 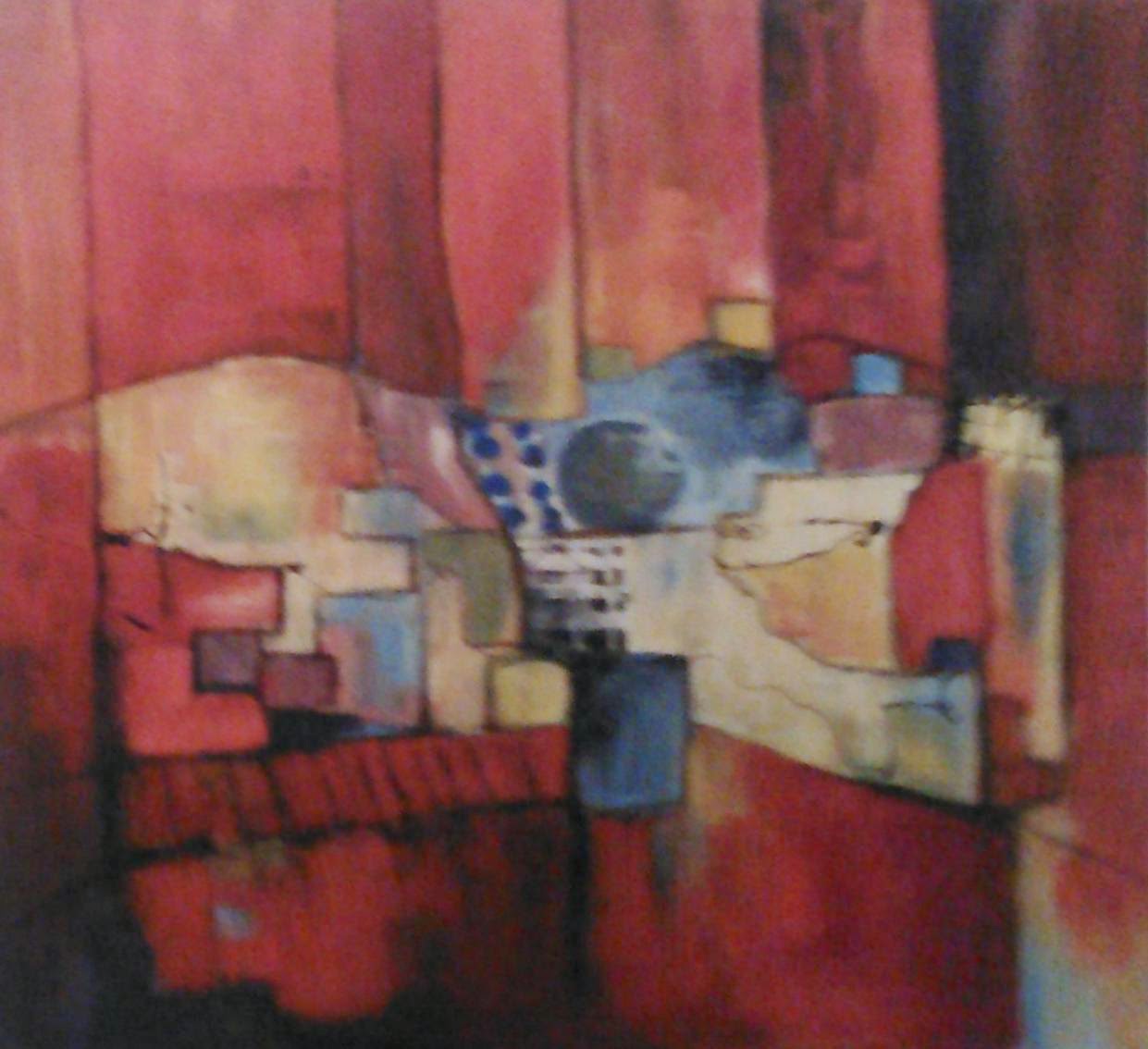 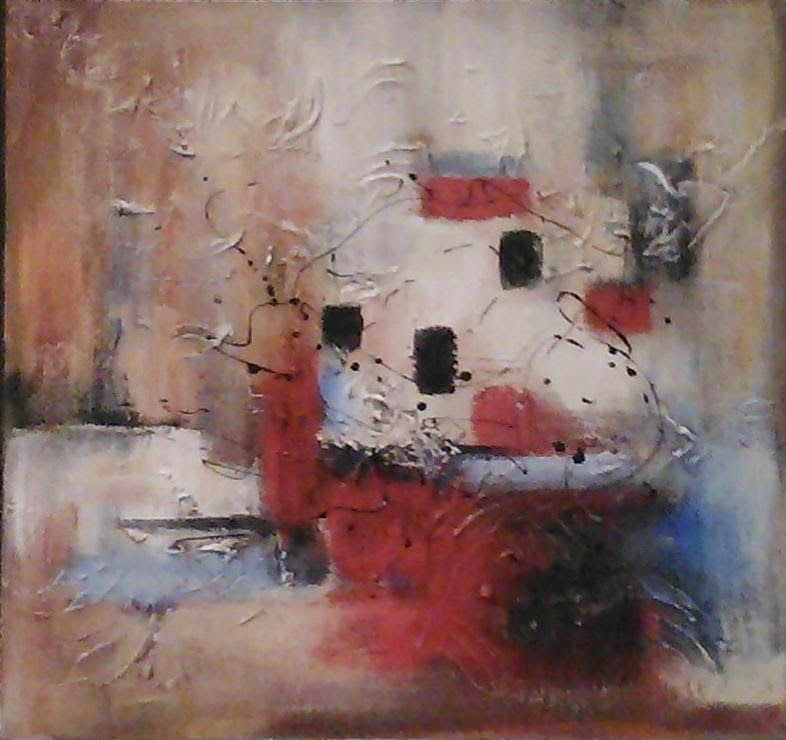 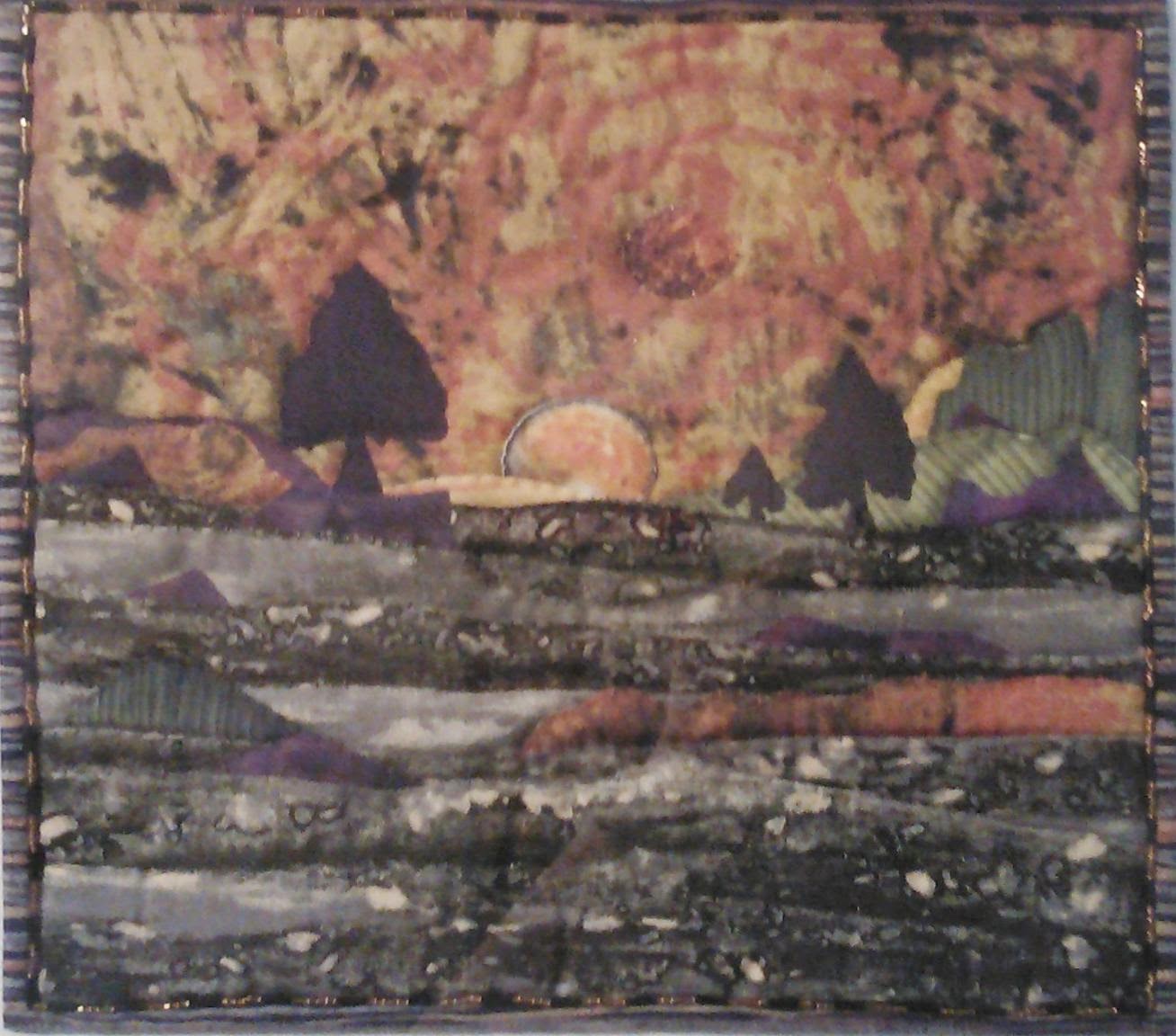 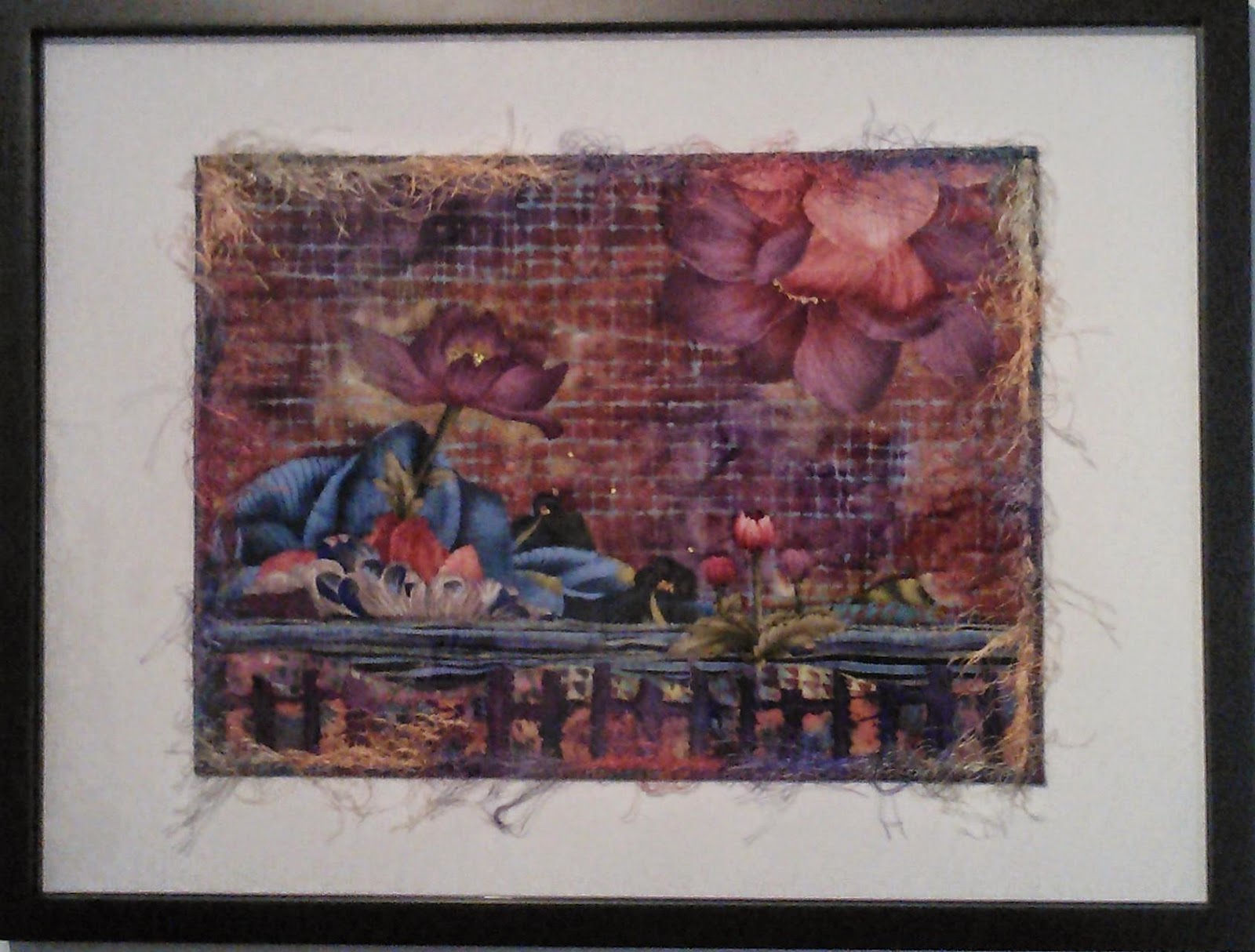 But the adjoining room at the Ten Street Gallery space was also packed with goodies as well. James E. Watts delights with his 3-d assemblages, Sean Brennan’s stripes and strangely intense especially considering their small size. Frances Love revels in lush color and Kelly Kincaid was a favorite of mine with the solo figure. Also in black and white were wood cut like faces by Brett Barnett.


Bonus play rave is for Ira Bauer-Spector and her/his performance of Miss M saves the Universe. Great voices, fun story and I thoroughly enjoyed myself.  Watch for other productions of the Breakthrough Workshop Theater

Bonus exhibit this month was a display at the SD International Airport in the new part of Terminal 2 Gallery. A series of works by Judit Hersko were stunning displayed showing the evolution or maybe the ruination of a fan coral called Seven Days of Dissolution. Acrylic tanks are filled with black sea fans with Capiz shell sculptures of human hearts and lungs in a carbon dioxide. We are big fans of Jusit’s work and know she is also participating in the Innovation Incubator project This will be one of the last shows of Constance White who is moving on to a lofty position as City Art Administrator of Charlotte, North Carolina. We will miss her more than we can say but know that when you eventually ends up running the NEA she will have fond memories of her time in San Diego. 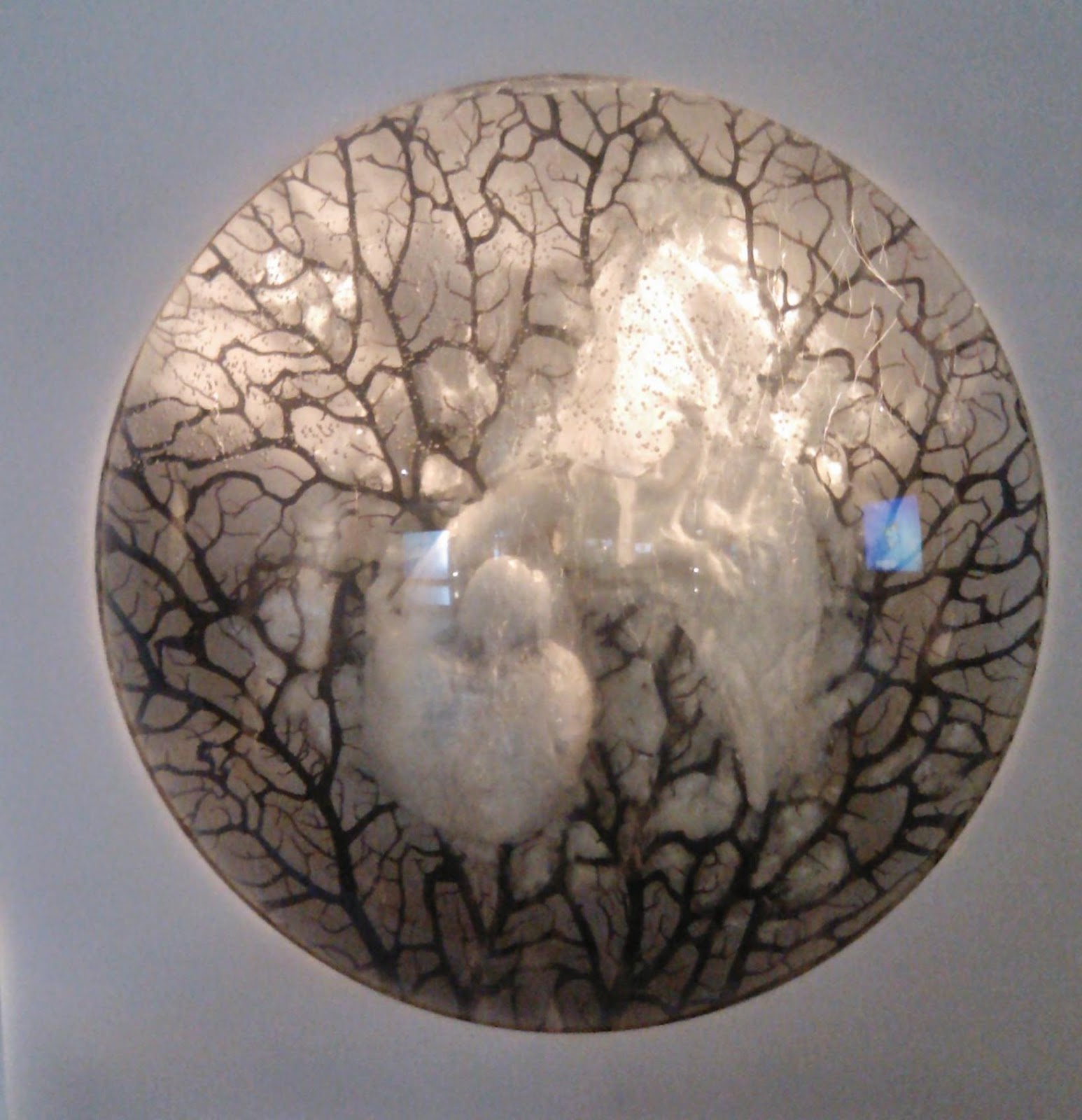 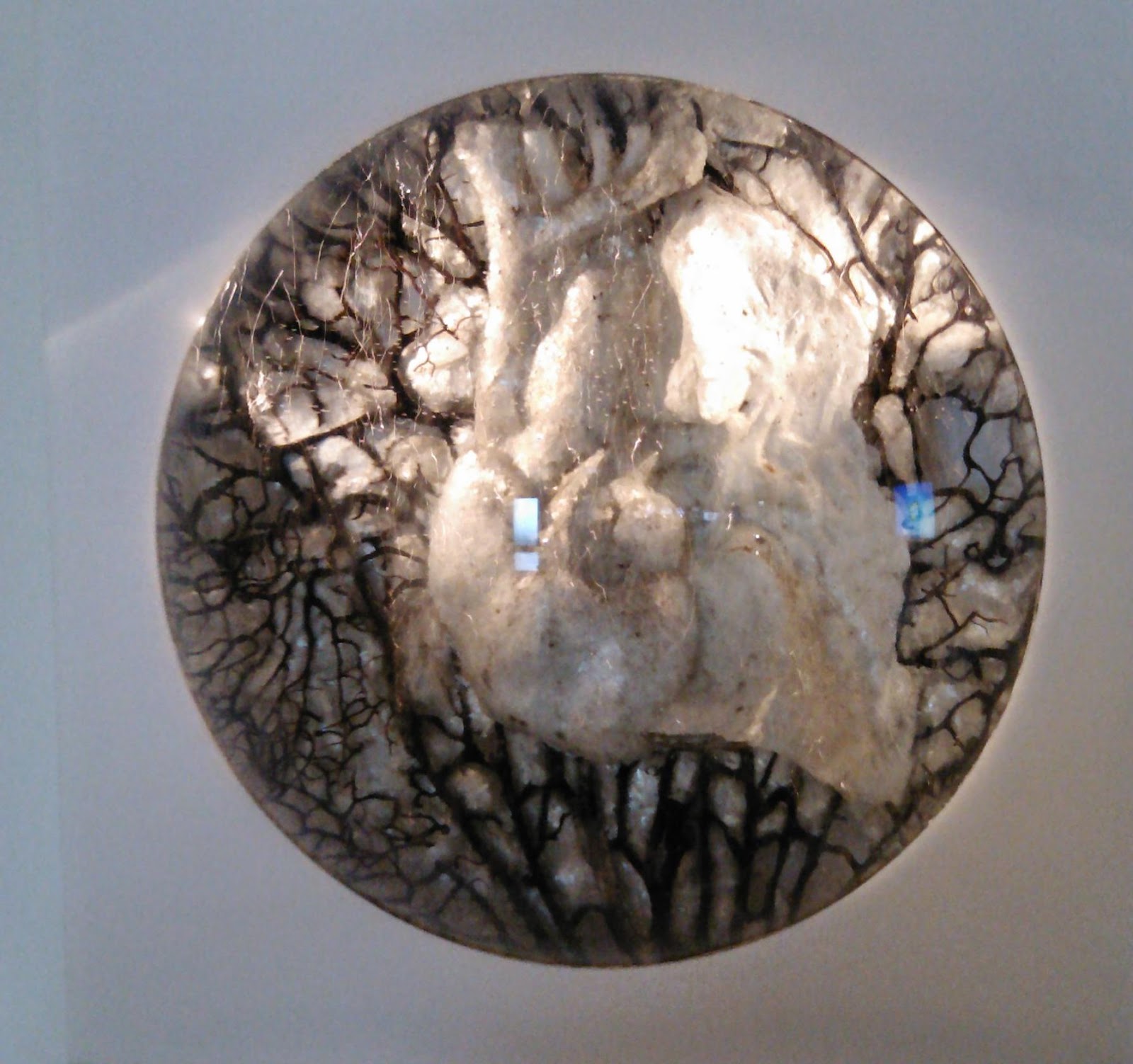