This is a week of friends and food. Because this year's journal is in this public forum, I am not including names of the many many close buddies that we are re-united with during the trip. But I will include photos of some of the food that brought us all together.

Besides the frenzy and fun of all the fashion shows, many of which I could stream online, I listened to a very interesting online seminar: Can you bring luxury online?. I think this is pertinent to the selling of art online and these people are struggling to figure out how to use the internet and social media. The gist seemed to be not to use math to understand the customers in some sort of mass way, but to be able to customize the experience. They say that a new customer may find the use of video to show the process of making more helpful to educate them than a celebrity endorsement.But this may block an established customers who needs something fresh, exciting and quick and most important creative.  At the same time it needs to be inclusive and make an emotional connection. Digital is much more comfortable for men then going into a shop. Language barriers can be easier on line. Editorial is vital as it engages people. It drives 10-15% of the business.  Telling people how to put looks together, what is trending especially in video format where they can relate to the person speaking. The future is about tactile experience, so you can have the experience of actually feeling something.

Dinner at Whits
This was quality food for an exceptional price. It was small and run by husband and wife team. This is the sort of neighborhood restaurant that you wish was next to your home.


In my London Journal #3, I mention Kateh.Persian. and my Persian friend (the organizer of the recent Persian evening and head of the Encinitas Friends of the Art)  read the journal. When she and her husband arrived to visit in London, they want to go and see for themselves.  So here is a repeat visit with different food. She tells me this is a very special menu as it has dishes from all over Iran, some she cooks but are not available even in LA. 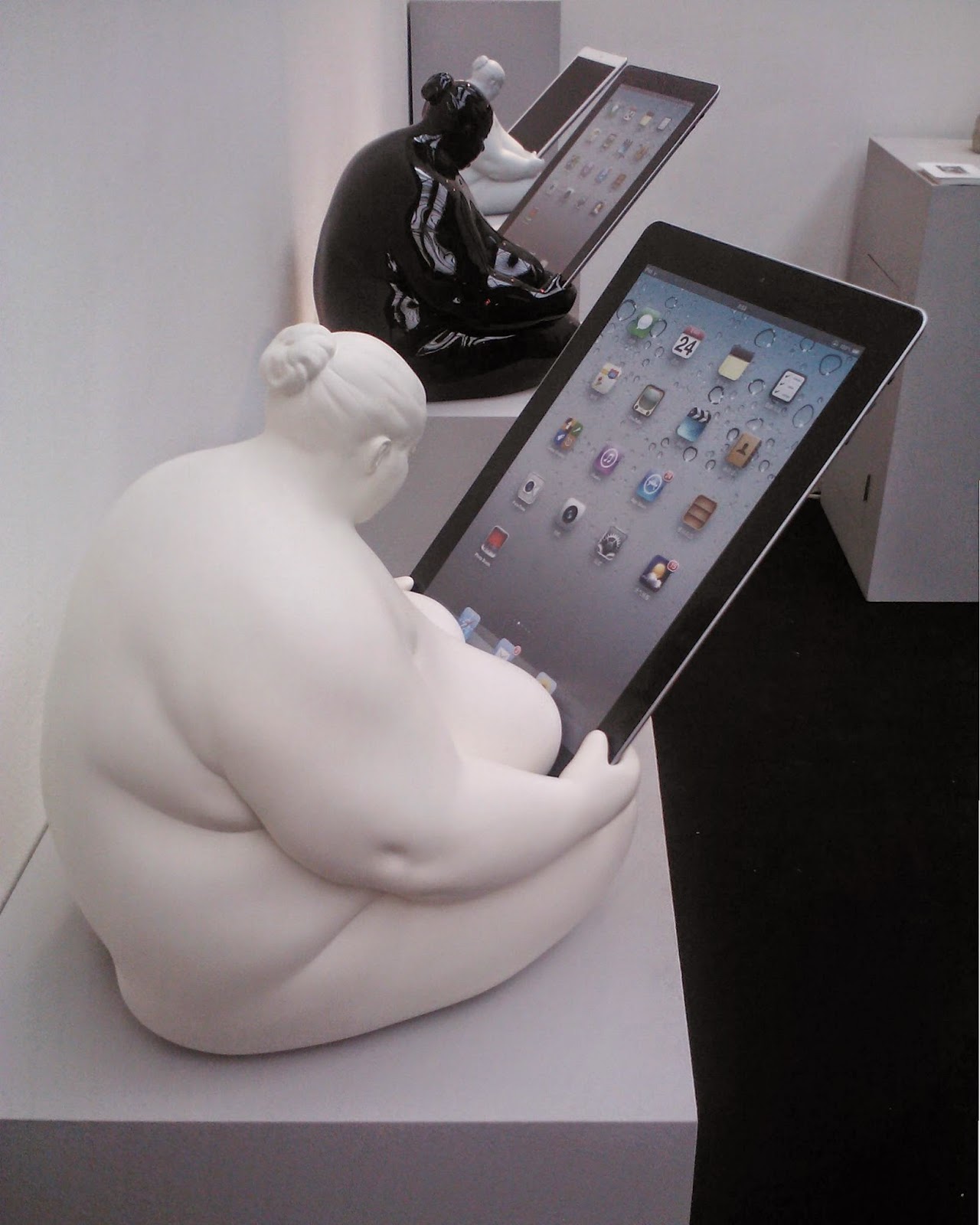 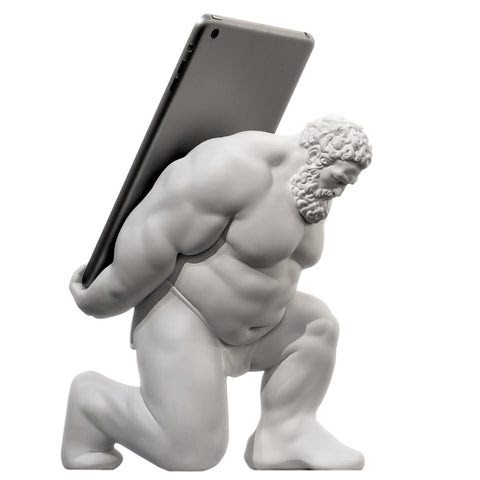 The next set of images are all lighting fixtures. I have to admit I am also especially interesting in this area as we should probably have a large light installation of some kind in our own home.


There are a series of talks with this design show and I have included one for you to see but you can explore more if you would like to do so.


Androuet Cheese Restaurant  at Spitalfields Market delivered a wonderful raclette sandwich with a glass of rose...for one never drink water only spirits with melted cheese.  I also collected a waxed cotton cap from the very traditional Barbour and a toast rack to display my crack.

National Trust Houseproud has come up with a very interesting idea for home owners to send in photos of their home interiors.  There four £1,000 prizes. ‘Spatial Visionaries’ how smaller London spaces are utilizes; ‘Treasure Hunters’ who use decorative items in innovative ways, ‘Master Craftsmen’  are DIY creations; and, ‘Personal Stylists’ unique sense of style. We love this idea that people are encourage to live in artistic personal environments. Take a look now and look for the winners after Oct 12th.

I end this journal #5 with the NO decision about the Scottish independence. Only four districts voted yes with 45% for independence and clear 10% more at 55% wanting to stay with Great Britain (i.e. England, Wales, and Ireland). It was lovely to see such a huge 85% of the population of about 5 1/4 million actually voted on this issue. Sixteen year olds were allowed to vote and they do not vote in general elections for the UK parliament. You now have a situation with a Irish Assembly, a Welsh Assembly and a Scottish Parliament, but no solely English Parliament or Assembly. What that means is that Scotts have always been able to vote on English laws for England, but not vice versa. And after this vote, a package has been promised to give more powers to Scotland. But there will also be a push for an English Parliament. Politics has changed for good here. But the four countries that make up Great Britain ie. the United Kingdom will stay united for now.
Posted by Patricia at 12:08 AM 1 comment:

Portrait painting is more than alive and well in the UK, it is blooming.We viewed the BP Portrait Awards 2014 at the National Portrait Gallery now in its 25 year and showing 50 of the best and brightest.  Thomas Ganter was the over all winner and the golden glow of the negative space in the fence really makes you think of a saint..and maybe homeless men are rather like saints in our society. Hopefully Mr. Ganter is himself glowing with the
£30,000 prize money.

Seeing these portraits in real life is much more impressive than viewing them online. Large images that look like photographs are actually oil on canvas.


We also viewed the exhibition about the life of Virginia Woolf and the Bloomsbury group including her sister Vanessa Bell and Duncan Grant. Remember this is a portrait museum so they told her life in portraits.I especially liked these two following images as you can imagine them painting her at the same time as the hair and clothing is the same. A trip to the National Portrait Gallery which has a huge historical collections, always reminds me that real people make up our history, not just stories of their deeds, but people who choose how to dress and who to choose to portray them and who reveal themselves in so many ways pictorially. This particular show has inspired me to read Orlando, based on the love affair of Virginia Woolf and Vita Sackville West. Virginia Woolf had terrible depressions and eventually in her mid 60's took her own life, leaving her walking cane by the side of a river and two notes, one for Leonard her husband and one for Vanessa, telling them how much you loved them and how she could not bare to impose her illness on them any longer. It appears that her circle of friends including Charles Darwin and Sigmund Freud, was not able to prevent this tragic end.

Pangaea: New Art From Africa and latine America at the Saatchi Galleries


Pangaea or Pangea was a supercontinent that existed during the late Paleozoic and early Mesozoic eras. It existed approximately 300 million years ago when the continents of Africa and South America were joined together. What we see in this exhibition is works by artists from both continents and although the connection is slim, the show is strong.

The Saatchi Gallery space in Chelsea is large and the works are always very well displayed, never crowded and dramatically lit when called for. Moreover there is no fee to enter, the gift shop is clever and as you will see below there is a good cafe attached.  But the really impressive thing about Saatchi is how they have grown their online presence. They offer free websites to thousands of artists. When you subscribe to their newsletter, they dive into that resource and you get news of one of their featured artists and sometimes a theme  is explored and a special selection of works is chosen that fit the theme. The newest service is a free consultancy for anyone who wants help buying a work of art. Now remember, the works in the museum are not for sale, this is not a private sales gallery. So this is just a way they have discovered to help artists by using the Internet. I have been watching them develop the site since they closed their last space at City Hall and starting re-inventing this impressive new space. I think that what Saatchi has done is not only a gift to the city of London but a wonderful service for artists all over the world. I would like to see published statistics on how many sales they have engineered online and if this is really a way forward for the visual arts.  I know that the start of the museum certainly helped raise the status and thus price/value of Saatchi private held collection. But now it seems to have morphed into a social experiment as well. 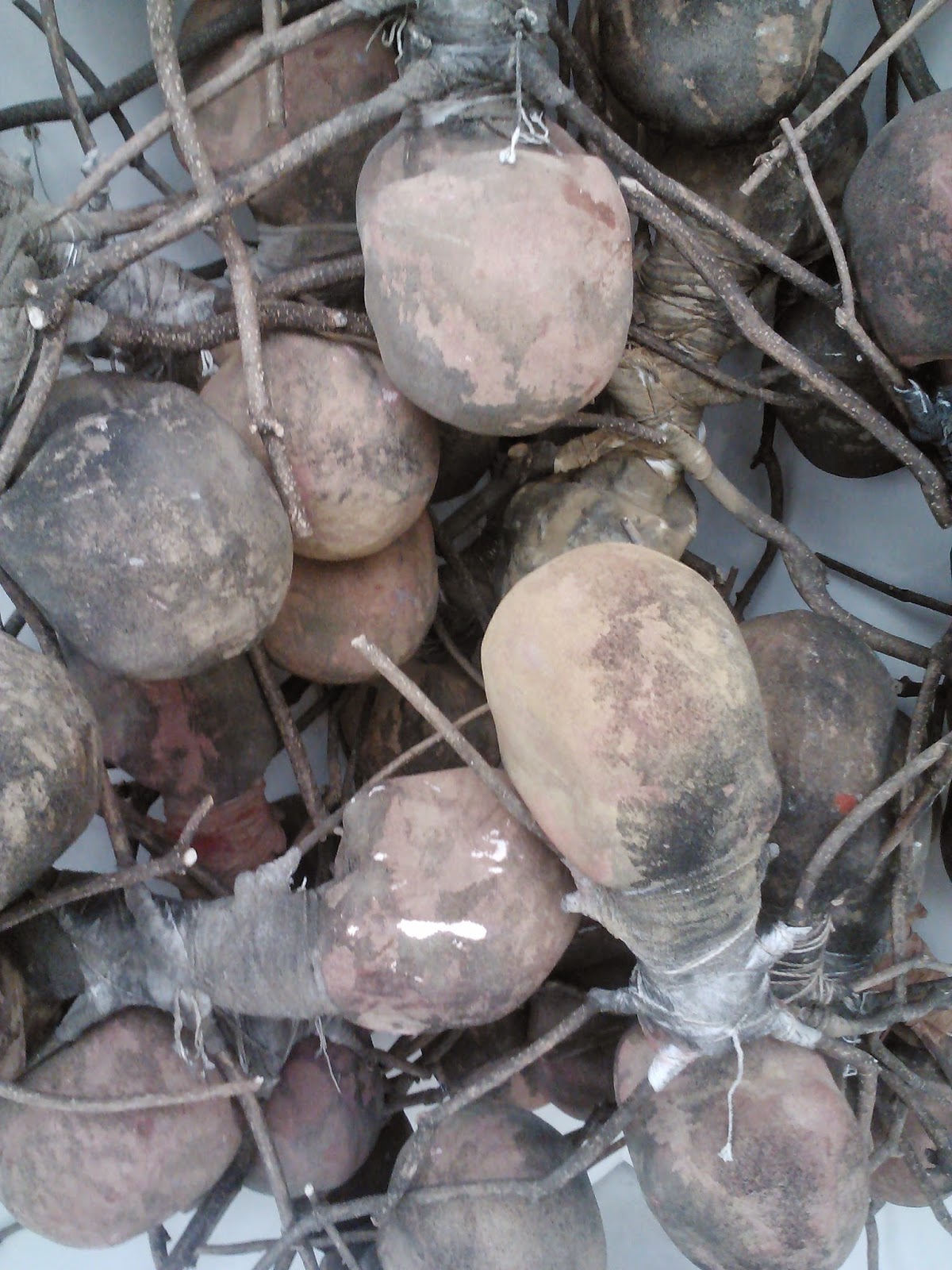 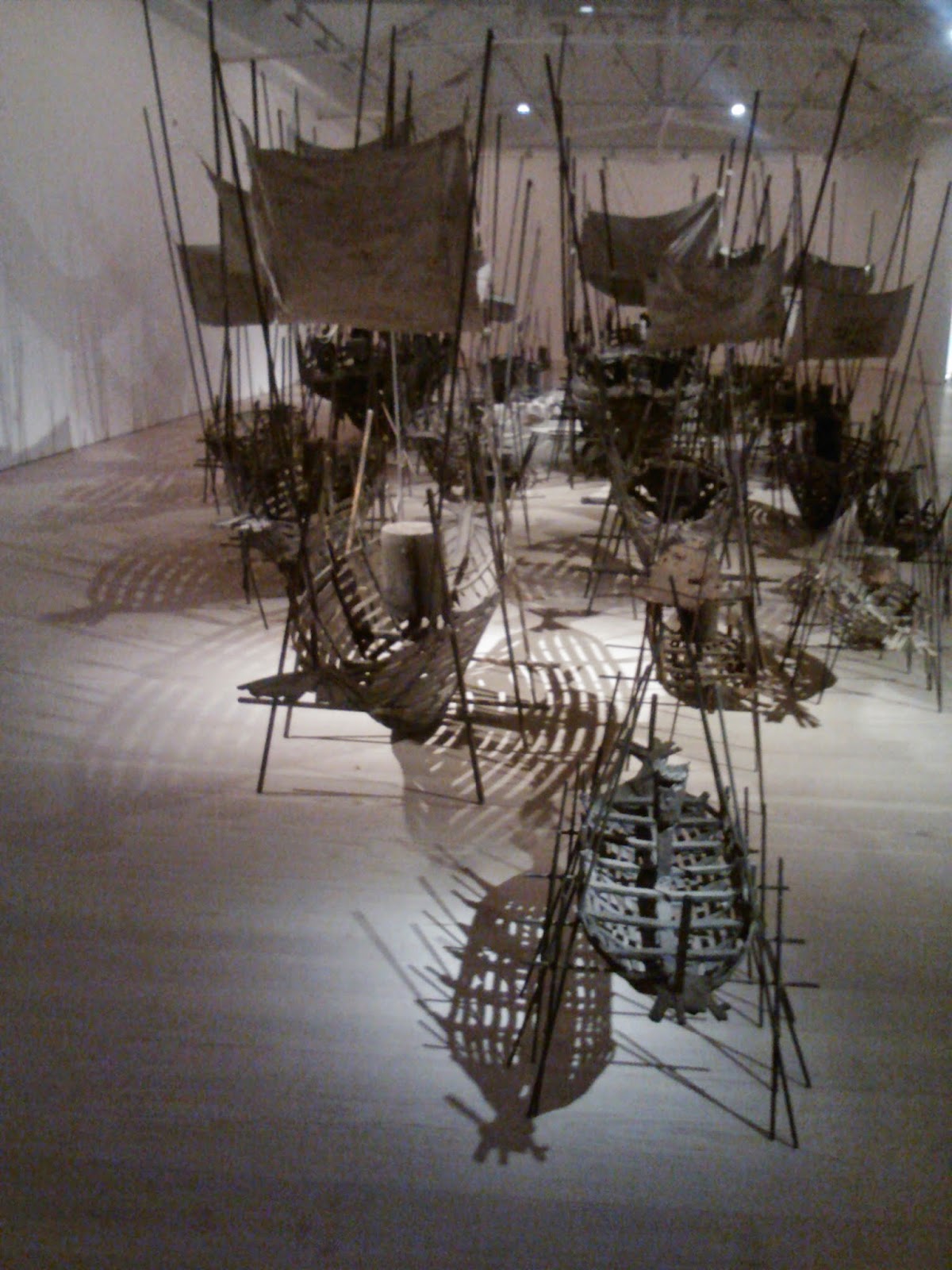 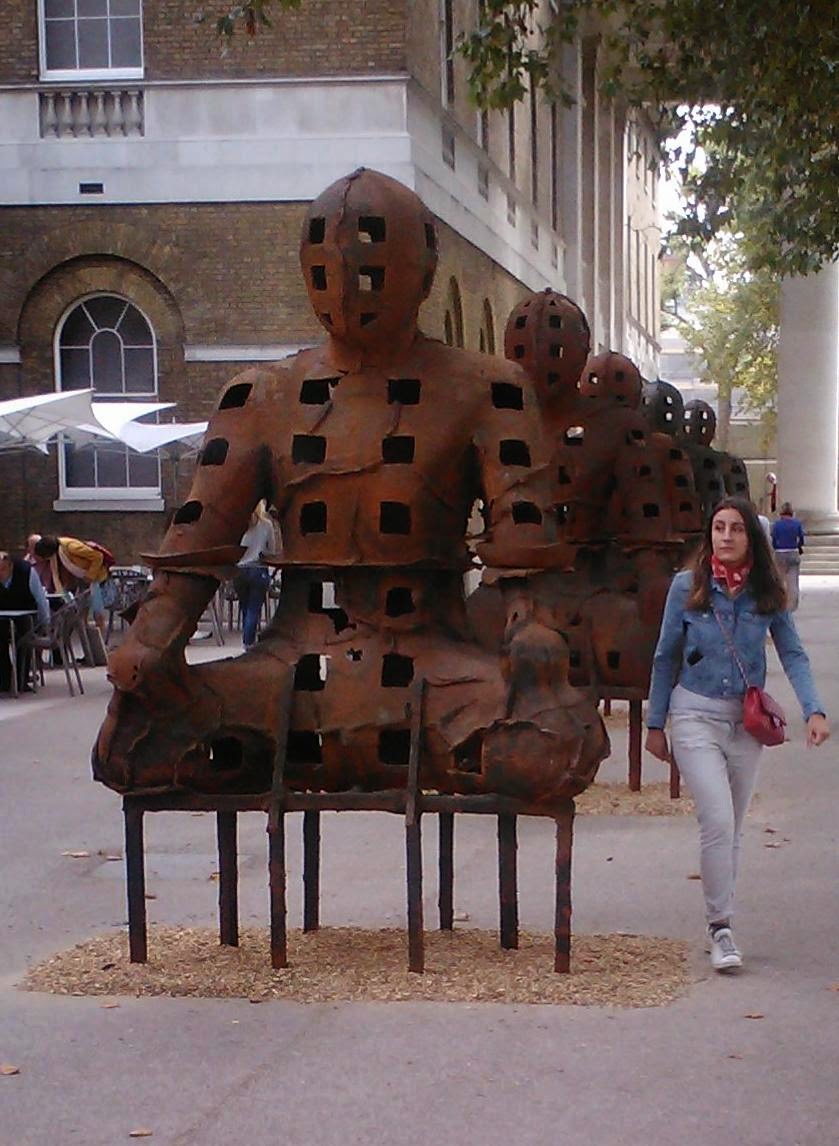 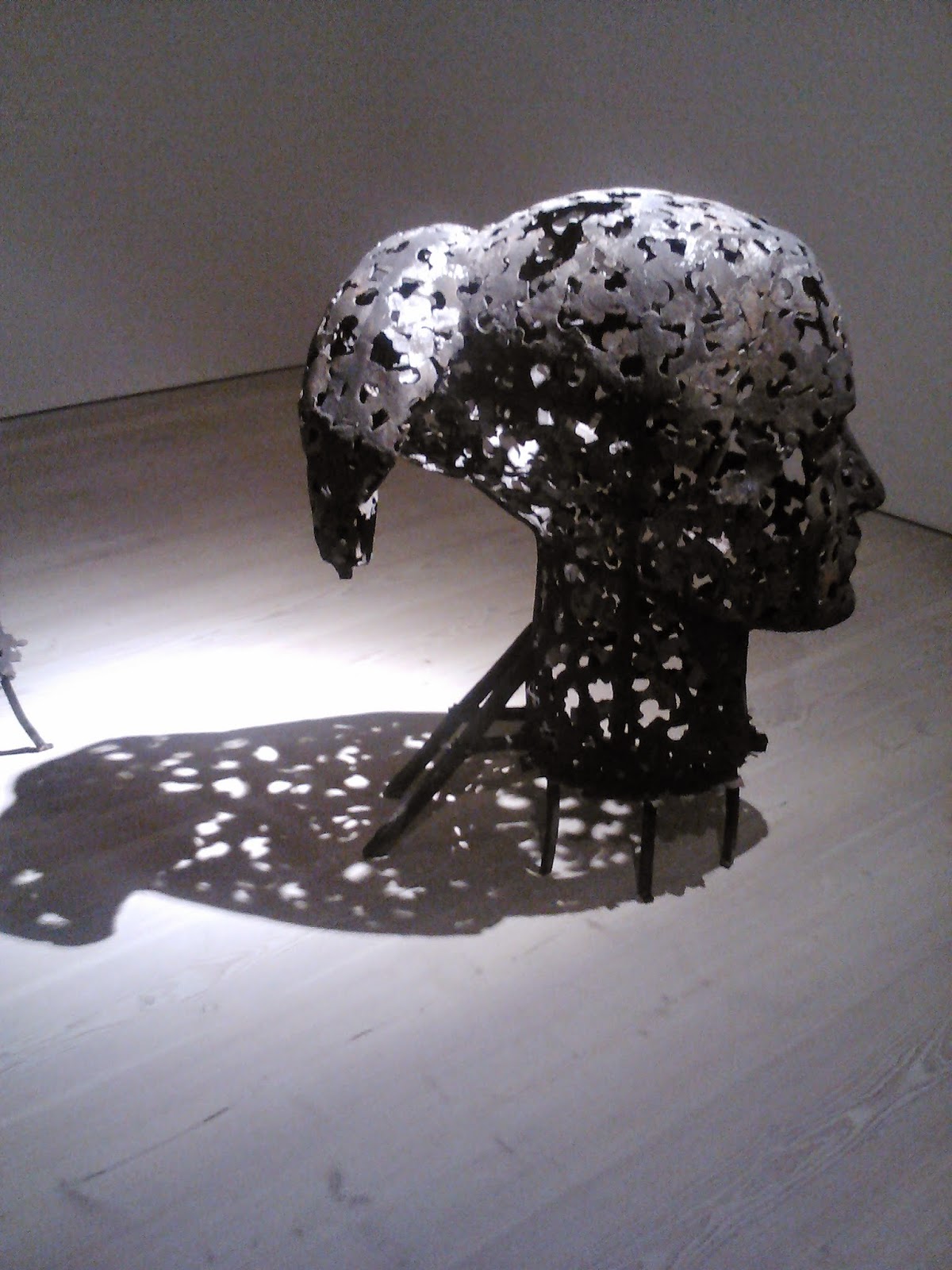 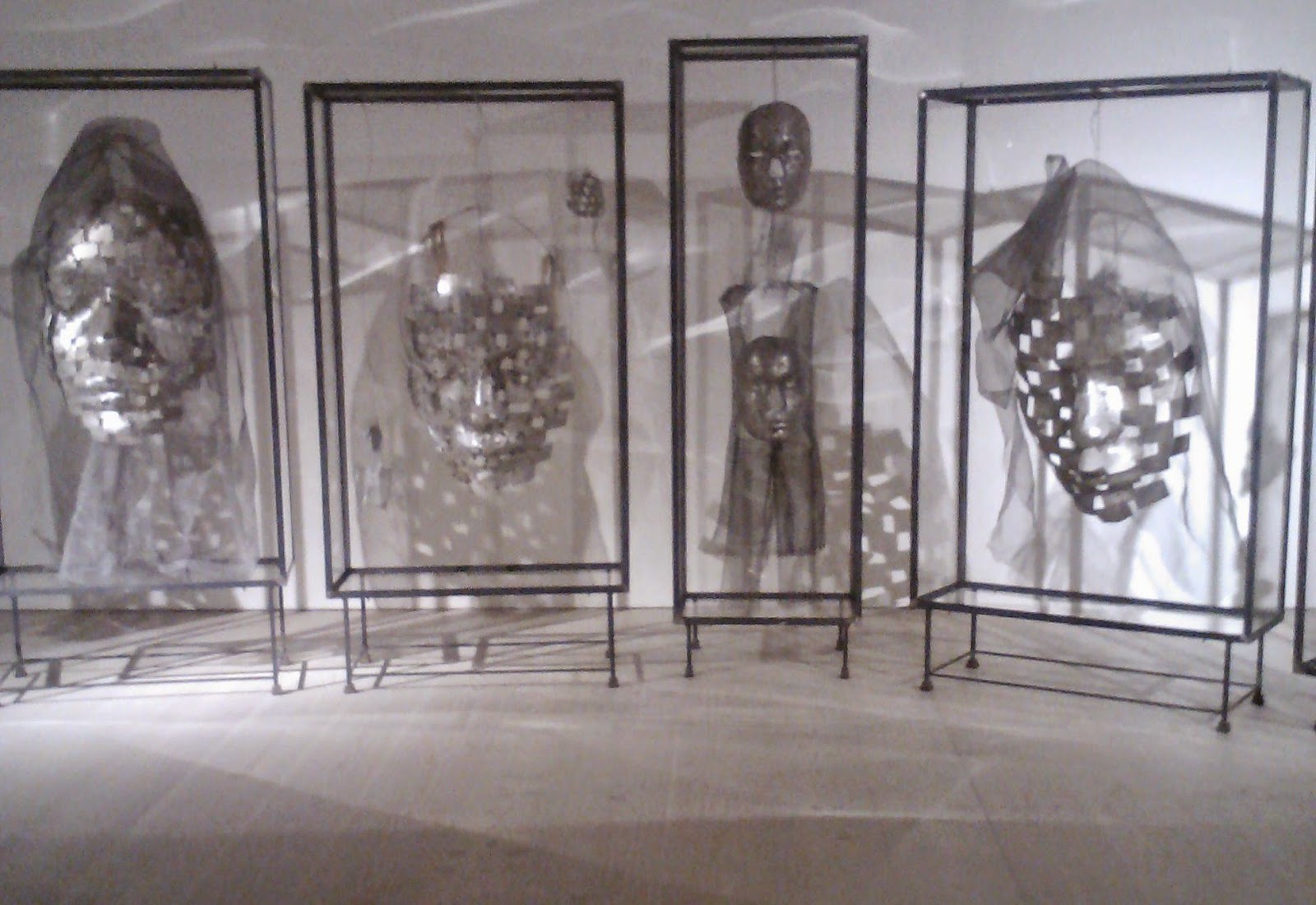 Dinner at the Red Pepper was a delight as all of the suggestions have been from our hostess Lesley. We had a marvelous fresh tuna with papardelle noodles and a delicious tomato and onion salad and tiramisu for dessert. If that sounds like a lot don't worry, we split it and it was the only meal today as I slept until 3 pm. Jet lag is not quite over and we have been burning the candle at both ends. Tom Sergott told me about a restaurant that we are trying to book called Story where the candles are made from tallow so the dripping can be eaten! 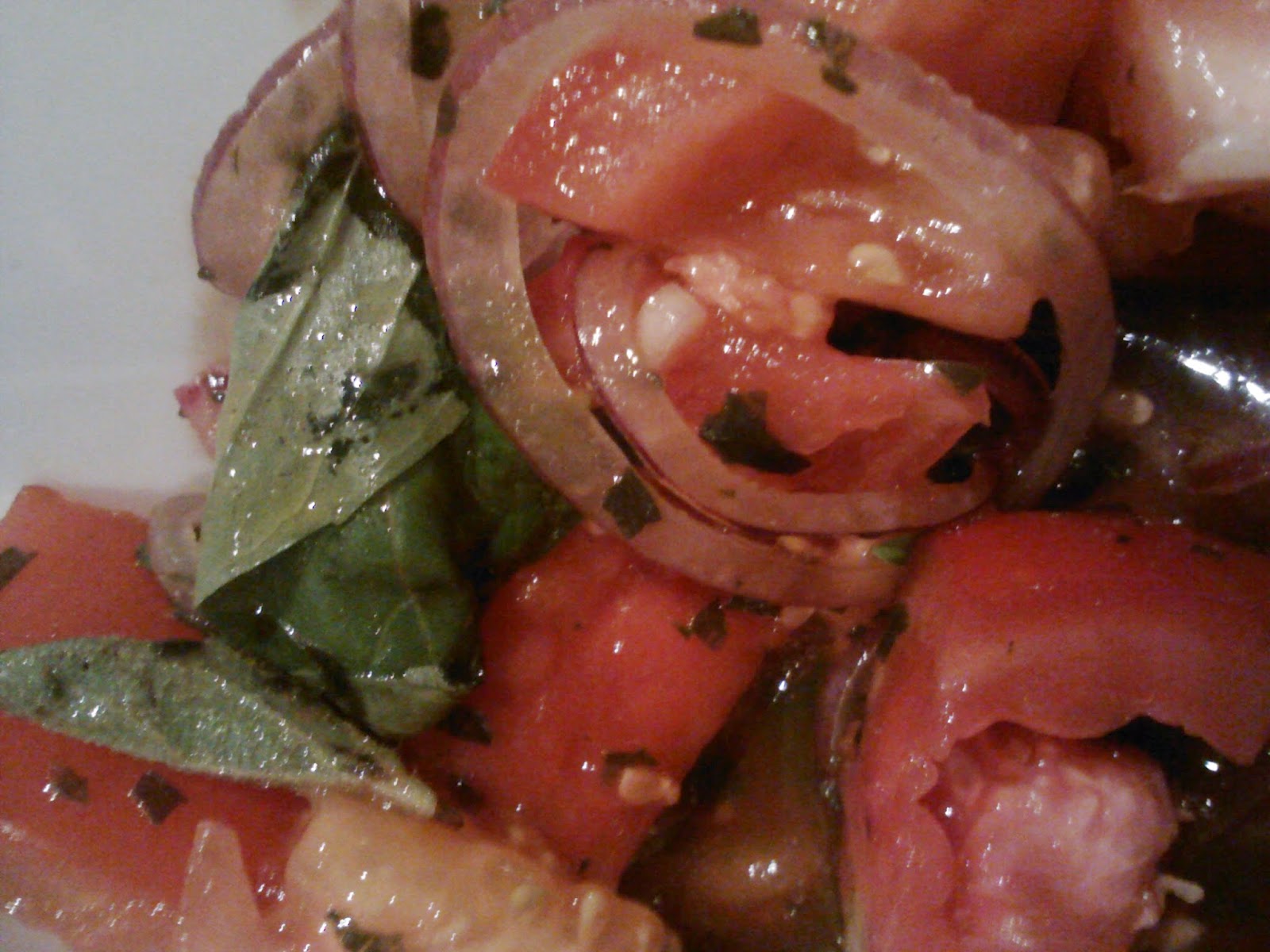 Charles III - the play about the man who will be king. This play imagines Queen Elizabeth’s funeral; Diana, Princess of Wales, as a ghost;  Prince Harry running off with a grungy art student he meets at the London nightclub; and a tank parked outside the palace as Charles becomes paranoid and power obsessed. It is a very very clever play, extremely well acted with the dialogue in classic Shakespeare's sonnet form of iambic pentameter adding a delightful sophistication. The pivotal controversy was freedom of speech, and politics was prevalent with the prime minister and head of the opposition, but you did not need to be English to enjoy this, only aware of various allusions to the history of Charles, Diana, Camilla, William, Kate, and Harry. We all recommend this as it was funny but brought up issues of the responsibility of monarchy.

We are all anxiously awaiting the results of the referendum of independence for Scotland. Darwin and I will be traveling up north the day after the vote and hope to give you some first hand reactions. 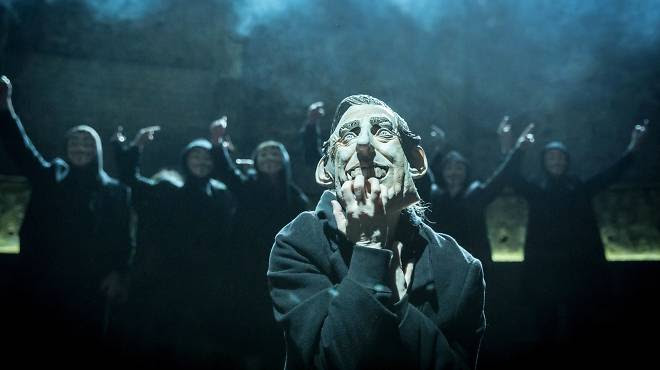 Posted by Patricia at 7:44 AM No comments: