State of the Arts 2021: San Diego Creative Industry by the Numbers 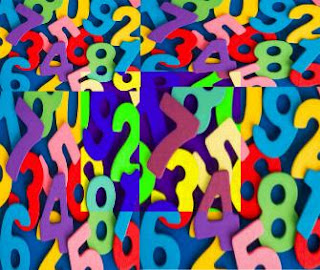 This seems to be the time of the year when reports are published about how things are going for the year. I myself have been writing these State of the Arts reports since 2008. But although I have wishes for this next year that include a revised San Diego Art Council of some kind which aids collaborations and partnership and brings our community ever closer together, I can not make any predictions.

One comment I will make is that the arts should not be afraid of exposure online in any way lessening actual attendance. The more exposure now and in the future, the more people will come when they can do so again safely. Culture seems to be replacing religion for more and more people as we search for peace and equality in the world.

However, I did slog through over 100 pages of reports to summarize what might be some of the most important statistics generated by both county and city documents. In part A, I have summarized the report for the whole county in terms of the financial health of the creative community.  In Part II, I report on the effects of COVID on the City of San Diego. I pay particular attention the visual arts as founder and coordinator of the San Diego Visual Arts Network.

The San Diego Regional Economic Development Council and the City of San Diego contracted the UC San Diego Extension Center for Research (CR+E) to conduct a comprehensive study that defined, profiled and quantified the economic impact of San Diego’s Creative Economy. This is a county wide report.

A deeper dive into the Creative Economy revealed some of the concerns. For-profit arts companies do not think that government agencies are sufficiently investing in the city’s creative economy. Non-profits arts organizations emphasize that San Diego does not have a creative industry culture. For-profit companies share concerns of AB5 regulations inhibit business success, and difficulty with business regulation compliance. Non-profits described having difficulties dealing with administrators in the local government, and little to no government resources for small organizations. Non-profits describe the contracting and procurement process is often complicated and cumbersome. For-profit arts companies share concerns with non-profits that there are not a lot of training options for creative fields including limited networking opportunities

The sample includes 129 organizations, representing both small (revenue under $250K), medium ($250k – $1 million) and large (+$1 million) nonprofits from a variety of arts disciplines. The respondents comprise approximately 50 percent of the total arts and culture organizations registered with the Internal Revenue Service as Nonprofits and Charitable Organizations in the City of San Diego.

Key findings from the survey illustrate the devastating economic impact of closures, job losses, and lost revenue on arts and culture nonprofits as follows.

·        90 percent of arts and culture related organizations are still closed or partially closed as of August 2020.
·        Total revenue loss is estimated at $96.6 million.
·        Estimated cost of implementing recovery strategies is $64.6 million
·        40% of employees and 19% of contractors laid off or furloughed in the Visual Arts and it is generally anticipated that furloughs will become layoffs before the pandemic ends.
·        95% of organizations report reduction in program related revenue totaling $79.4 million.
·        More than 65% report a decline in individual donations. More than two-thirds of organizations reported experiencing a loss of contributed revenue due to the cancellation of fundraising events. Total reported contributed dollars lost equals $17.2 million
·        The cost of recovery to reopen to the public is reported to be nearly $65 million.
·        Philanthropy has been minimally responsive and engaged with only $3 million from local foundations and donors
·        COVID-related donations and relief already leveraged from federal, state, local government is a total of $28.3 million in emergency relief

The effects of the pandemic are anticipated to be long-lasting, with smaller local audiences and lower levels of tourism, reductions in funding, and loss of workforce talent to other cities. Emergency relief funding for the arts and culture sector was relatively small compared to other sectors, both for-profit and nonprofit.

San Diego Visual Arts Network is especially interested in the recommendations of this report, the last two of which are to encourage collective impact philanthropy by recommending the creation of arts and culture COVID-19 emergency task force to advise philanthropy on collective impact strategies to better support our arts and culture nonprofits. This task force could morph into the revised SD County Arts Council or Bureau of Arts and Culture. The last recommendation was to build/raise awareness about the economic and social impact of arts and culture nonprofits among funders, investors, policymakers, businesses, and other sectors. This summary is to that effect.

Postscript: The San Diego Foundation 2020 Annual Report  just came out. They granted more than $77 million to nonprofit organizations with the most charitable year in their history and they also surpassed $1 billion in assets. About $67 million of that stayed in San Diego. Of the $9,769,081 that went to the arts over $3 1/3 million went to the Symphony and almost $3 million went to museums. Sadly only $116,672 went to arts education.