As we are nearing the end of our six weeks in London, I seem to be more and more frantic to try to fit in all the art I want to see. Being here this length of time means shows have ceased and new ones are now opening. I think this is especially true as the Frieze Art comes to town in October.


There are certain exhibitions that you have to see in person. The large size of the works by Gilbert and George certainly fits into this category. Anslem Kiefer presents work on an epic scale.  Ai WeiWei invades Blenheim Palace.  The Ming Dynasty show at the British Museum did not. It was a scholarly show best studied at home through a book with good illustrations. In fact, most of the work on display has more dramatic examples to be seen at the Victoria and Albert Museum.  But the gift store at the end of the Ming made this show more understandable. It was all about commerce. The Ming rulers (four generations in 50 years) fought the Mongols for trade routes and became major export and importers. So if the exhibition was very full of words and dark hard to see images, the gift shop was a riot of color and come hither.  We also saw the first exhibition at the British Museum to present a survey Witches and Wicked Women i.e.  malevolent female figures in the graphic arts. Halloween has come to the UK.


Lunch at Story
Seventeen separate course were served to us at the relatively new restaurant near Tower Bridge with a young chef  Tom Sellers who is brilliant. The first seven, although they each came separately were all billed as snacks.  I can't even begin to describe them. Each was a tiny bite of specialness. The next day at lunch, I started to think about how many bites it takes to really enjoy something. Is one bite enough? I think not. In fact, I think that at least four bites are needed if something is good and you want to savor it. Think about a drink party with passed trays. Something marvelous is served and it take two bites to eat it. Then, if it really good, you want at least one more serving. For a main course, I think you might need 8 bites, plus, four bites of vegetable and four of a starch. Dessert has to be at least 4 bites to be satisfying. So a meal should be at least 24 bites or one is just not happy, and by this I mean content. Could this be the start of a new diet regime. Eating 48 bites a day to a new slim you!

Fashion and Textile Museum
After lunch we went to White Cube to see the Gilbert and George show and then on to the this small museum where we saw a petite show of Knit wear including a history and some visionary contemporary works. I especially liked the little tight sweaters with large skirts and big belts but it was a treat to see the re-knits made from sweaters where the wool had been picked apart and redesigned during the war years. 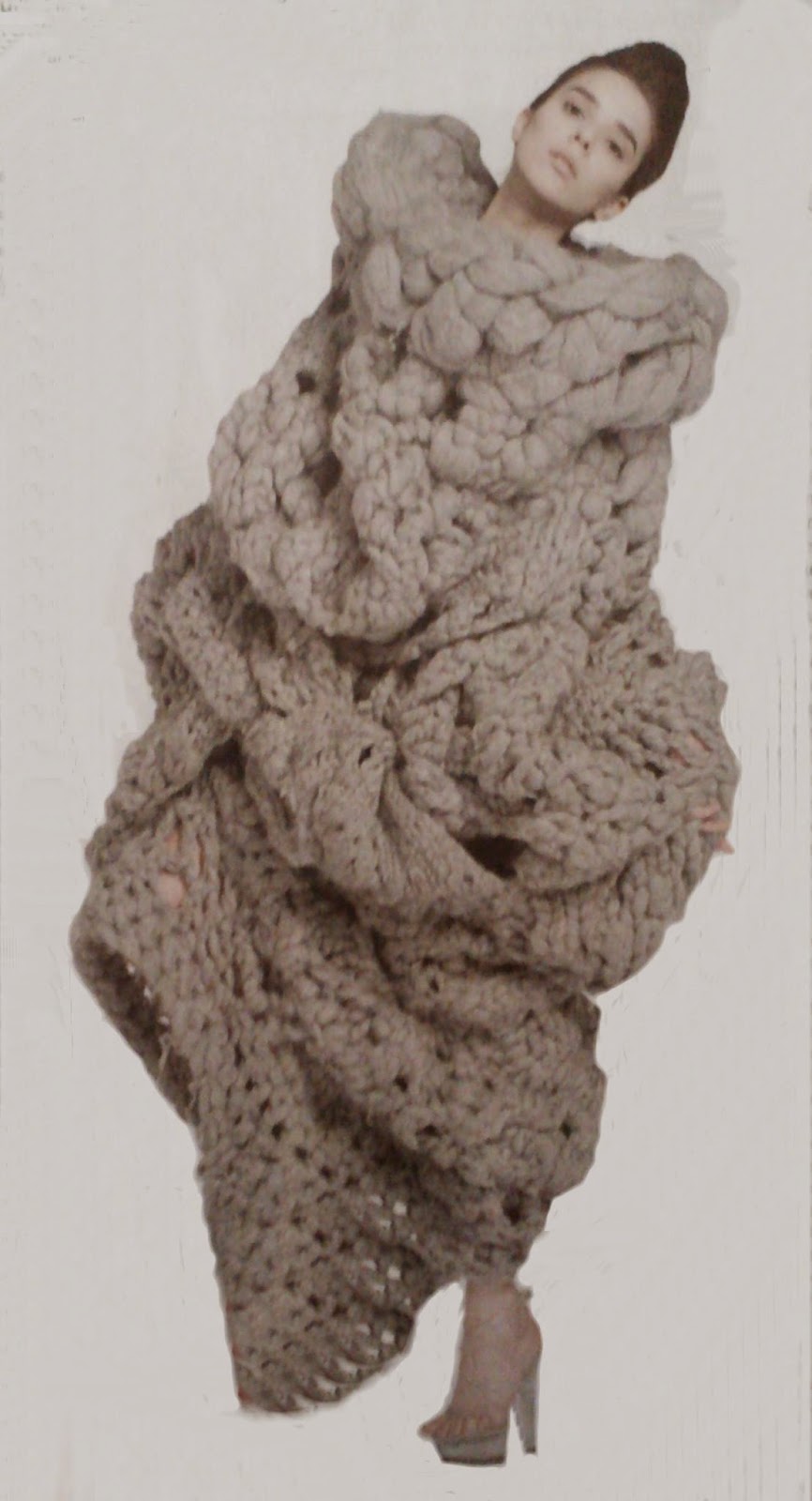 Andrew Logan Gallery
Around the corner from the Textile Museum is the Andrew Logan shop. It is always fun to see his vast area of jewelry and objects. This space will be closing soon as he concentrates on his Wales Museum. We see Andrew at the Athenaeum with his friend Zandra Rhodes and it was fun to see one of Zandra's wedding dress designs at the Art and Antiques Fair in Berkeley Square.

I had to be careful not to get swept away by the arrays of fantastic antiques shown at this fair. I decided, since my time was limited and Darwin was waiting at the bar, to concentrate solely on contemporary fine art. Every one was very kind and hospitable sharing their knowledge and allowing my photo taking. I have tried to tie in my selection with some of the museum shows on view...this is a chance to buy and not just look. No images of food but they did have a second floor restaurant in this very deluxe tent. The carpet matched the catalog cover...how did they do that?!

I am getting very picky about my food and am not going to tell you the restaurant where this food that look exquisite was not so amazing. Enjoy the visuals and save your calories.

Anslem Kiefer at the Royal Academy

The show has been described as epic and it is certainly on a grand scale, but I left vaguely disconcerted by the choice of the works on view. Sixty percent of this exhibition is a retrospective but 40% of it is new work made especially for the space. As you stroll from room to room as I did to get an initial overview, you can see that the angst of the youth seems to slowly fade leaving a mellower and more enlightened view. But it was almost like they wanted to hide that aspect and have the works remain soulful, monotones of fierce searching. Photos were not allowed so I am showing only those that the press was allowed to use. But I have seen some other Kiefers not on view here which were fields of flowers just oozing joy and fulfillment. In the cycle from creation to destruction, the show got a bit stuck in destruction. Lead into gold being a  theme in the show, the magic of alchemy is there in glimpses and those glimpses are worth their weight in gold.


Thirty years of the Turner Prize and this year here is the hype: The nominated artists are Duncan Campbell, whose films weave fact and fiction to create portraits of their provocative subjects; Ciara Phillips, who produces site-specific installations with screen prints and wall paintings; James Richards, whose emotive films meditate on the act of looking; and Tris Vonna-Michell, who creates multi-layered narratives through live performances. The winner will be announced on Dec 1.  I am seriously thinking that this might be the right place to end the Turner Prize. The work appeared to be so disconnected from anything but a very small number of curators and artists. The comment board on the day I was there i.e. the second day of the exhibition, was filled with disappointed viewers...some even wanting their money returned. The video nature of the works which is always difficult might be the main blame for this, but the work itself seemed self referential to the point of boredom.  My companion summed it up...it might be art but it is art that doesn't make me care. These photos are courtesy of ArtDaily.org. and are the most visual parts of this disappointing show. But go to the website and watch the videos about each artists and make up your own mind.

MAZE: Gordon Ramsey's restaurant in Grovenor Square
I have decided you have seen enough pictures of food and so I am limiting myself to this  little shot of a wonderful specially designed knife, fork and spoon rest at the extremely expensive flag ship of Gordon Ramsey. We also got a special invite to see his own Hell's Kitchen but it as a model of efficiency and smiling faces. 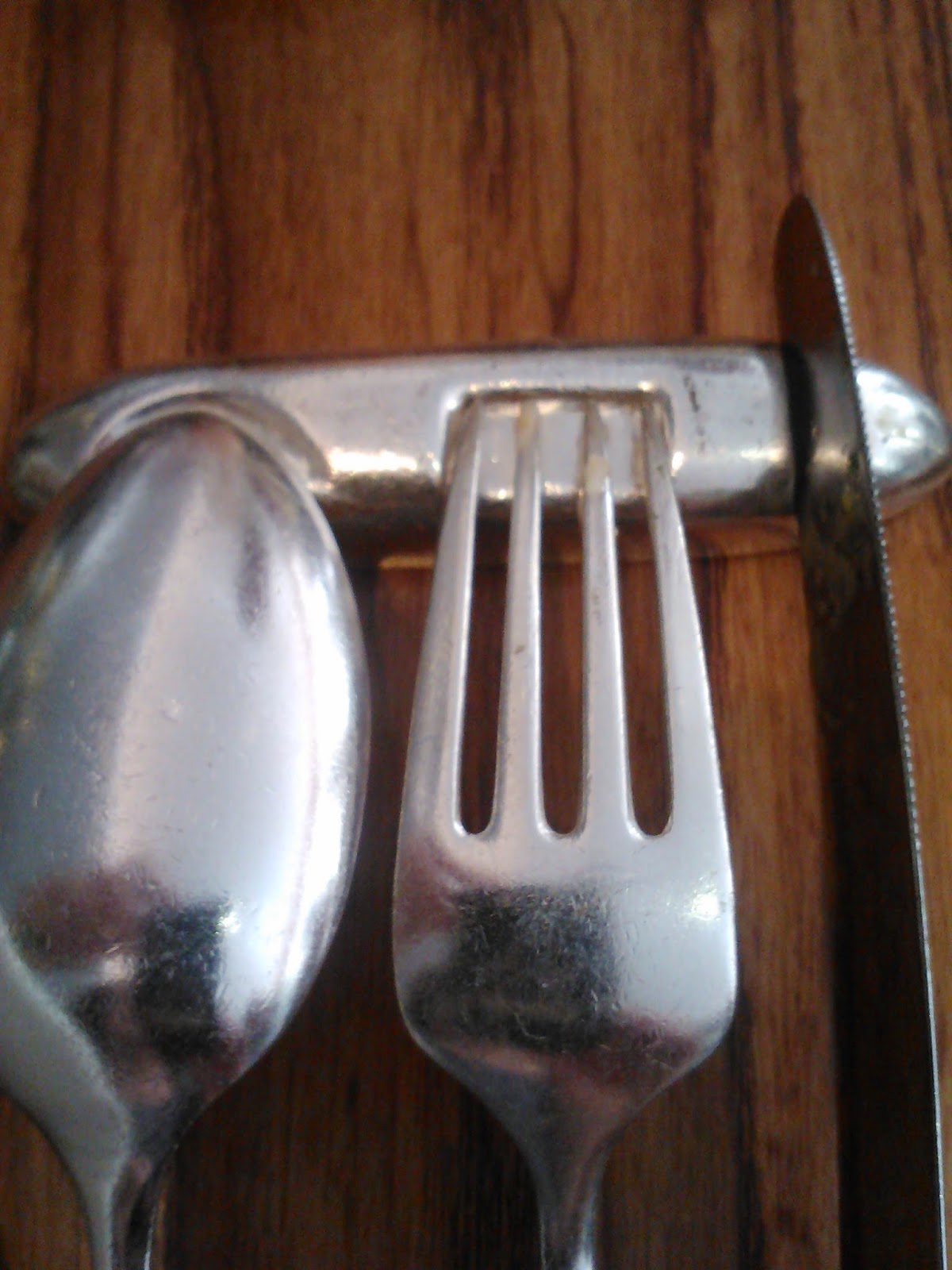 Ai WeiWei at Blenheim Palace
I have saved the very best for last...life is sometimes funny that way. Just as I was suspecting that I was getting jaded, along comes a show that was so breath taking in its subtlety that you were just pleased to be alive and an art addict.

Lord Edward Spencer-Churchill is the son of the Duke of Marlborough is heir to the estate. He collect contemporary art and he formed the Blenheim Art Foundation . “Blenheim had got frozen in time; we stopped adding to it, following a mentality that was epitomised by Downton Abbey, whereby you dig a trench and attempt to defend the line. What we are trying to do with the Art Foundation is to inspire great contemporary artists to reach new levels of creativity by doing an exhibition here and to make this house relevant once again in what we used to be: great patrons of art. I have a problem with the idea that contemporary art can only be presented in a white box. I think it makes art much more interesting to present it within a continuum.”

You get a big hit when you walk into this magnificent stately home with this gaudy chandelier. The rest of the Ai WeiWei art works are slipped in and about the home. Yes, this was the home of none other that Winston Churchill. You felt as if you were on a treasure hunt and you had your own personal thrill of discovery. It appears that these works are made to measure for the venue but some are older works but by placing them in this particular place, they take on a meaning which is a combination of piece and place.

Ai WeiWei is no longer in prison but he is not allowed to leave China, so all the planning for this show had to be done long distance. The artists is a fan of the ready made and pop art and all of his pieces have political messages.I am showing here only about a quarter of the works on display.

After our tour we ate a delicious lunch...remember no more food pictures...but I had to include this charming set of tea cups next to our table and also an image of my very American cosmos...it was very fine and reminded me that we are on way home soon and back to cocktails with more good friends and family.  Lucky lady I! 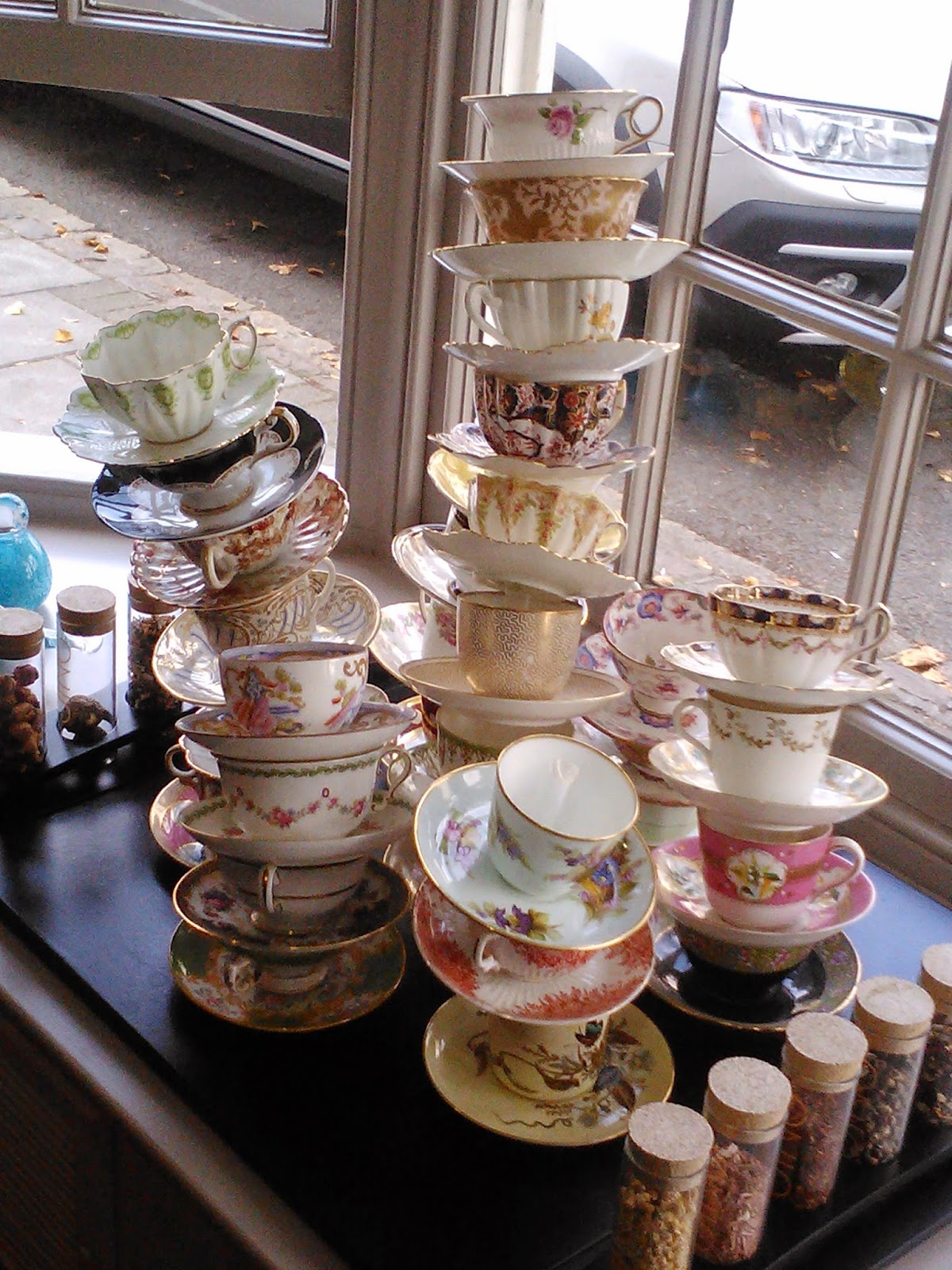 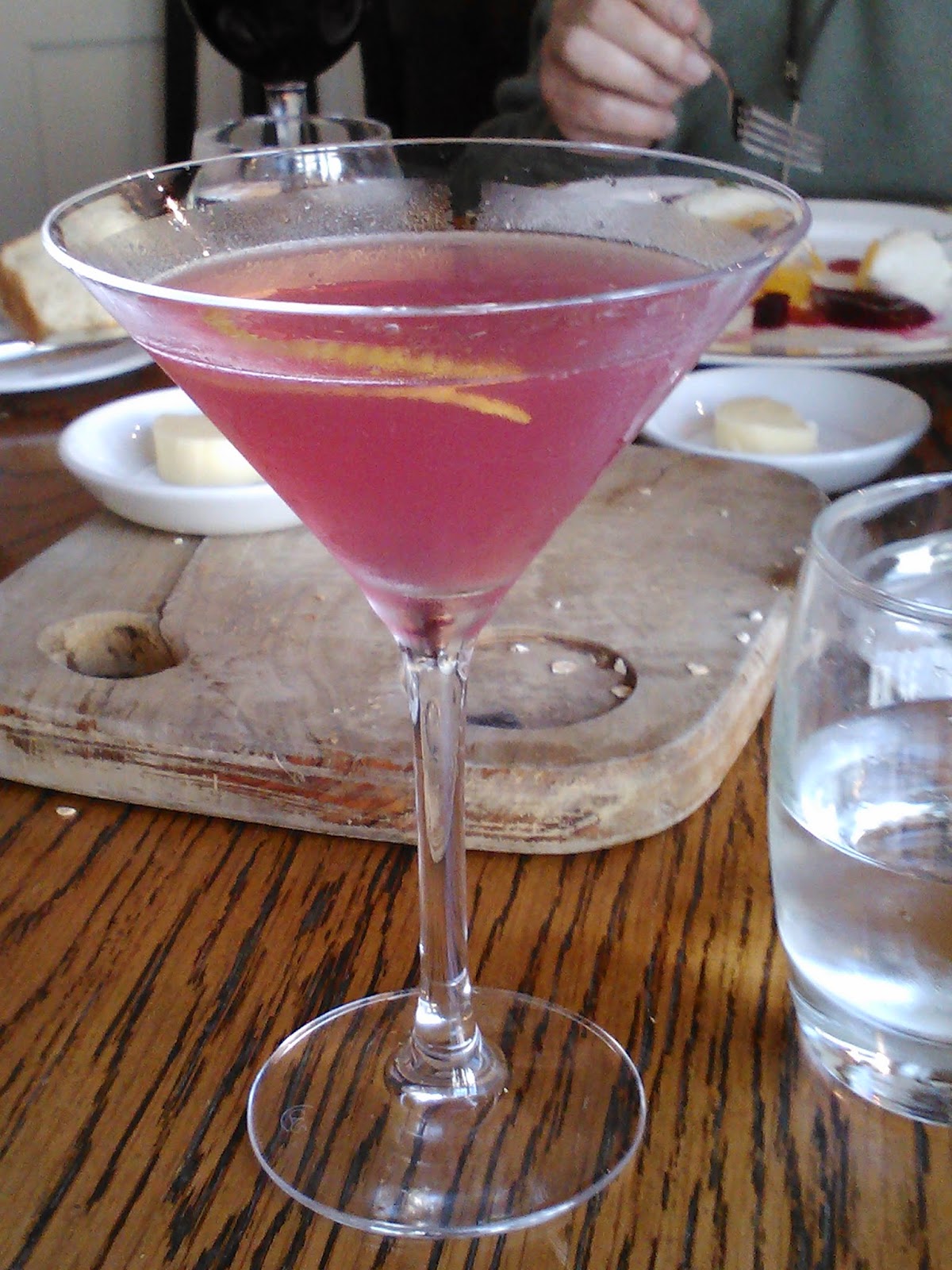 Again, I want to apologize for any and all mistake in captions, grammar and spelling. These blogs are not proofed by my regular crew and they are not to be held responsible for any of the errors.

Also I want to thank my every constant husband Darwin Slindee. He held packages and carried loads as I was shooting some of these images. Our host at this year's flat (not our own) was Lesley Silver and Stephen Jones and they were wonderful companions on many outings including driving us to Oxford to see Ai WeiWei!