I have been instrumental in arranging a NCAN meeting at Oceanside Museum of Arts (OMA) taking a look at the challenges we have to meet and opportunities available in 2018 and beyond in the art in San Diego. My special area of expertise is obviously visual arts and I do spend a considerable amount of time thinking about this subject.

There is a group of shows at Oceanside Museum of Art called Healing Journeys: Veterans and Artist Unit which I think is a perfect example of the future now. The Arts and Culture community is going to be called upon more and more to advocate for social issues. To do that effectively they need to be able to collaborate and aid intersections within the community. They also need to provide a meeting place for those wishing to come out from in back of their computers. That audience is increasingly wanting to do more than look, they want to have the making experience. OMA demonstrates all these qualities and that is why they are considered effective leaders and why there relevancy is assured.

Flash Forward: NCAN’s roundup of future cultural events at Oceanside Museum of Art on Wednesday July 12, 2017 from 9 am to 11 am. Industry leaders in Visual Arts, Theater, Music, Dance and Spoken Word will make overview presentations in their particularly area of expertise. The emphasis will be on sector directions in 2018 and beyond. Come and learn what the future holds and become part of the intersections in North County between all the arts. There will be updates on the Arts and Economic Summit and news about the revised website plus a chance to network with colleagues before and after the presentations.

Veterans works with the VetArts team (started by Stephen Dilley and aided by Mark Jesinoski with instructors Kevin Larson and Scott Hickey) to re-create their faces. Casting in bronze is laborious process which calls for strength and dexterity and concentration. This makes it particularly suited to veterans. I found their statements very moving, but just seeing their faces was compelling. 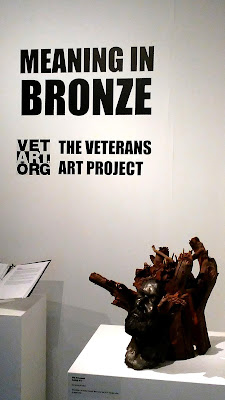 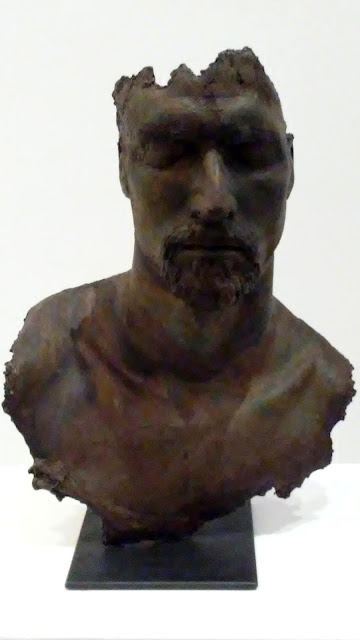 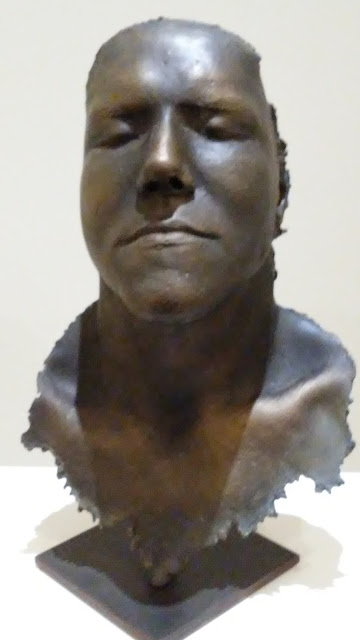 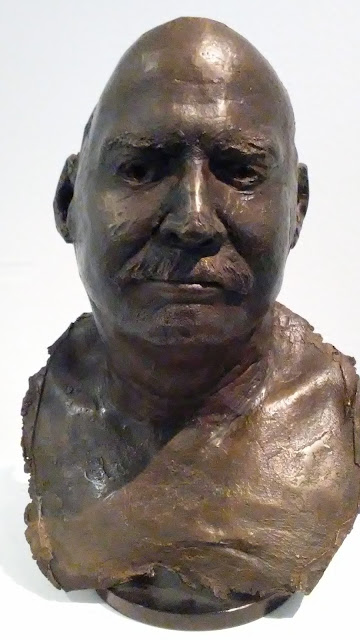 Work by the instructors was included and they are veterans themselves and used the medium to communicate complex issues.

Ted Meyer has connected with survivors of wars, accidents, and mental and physical health issues by layering paint on top of the skin, rubbing it to record the actual contours of the scars left by these incidents. Not only has Meyer embellished the resulting marks on the paper, but photo of the survivors with their stories in their own words makes a strong visual statement. 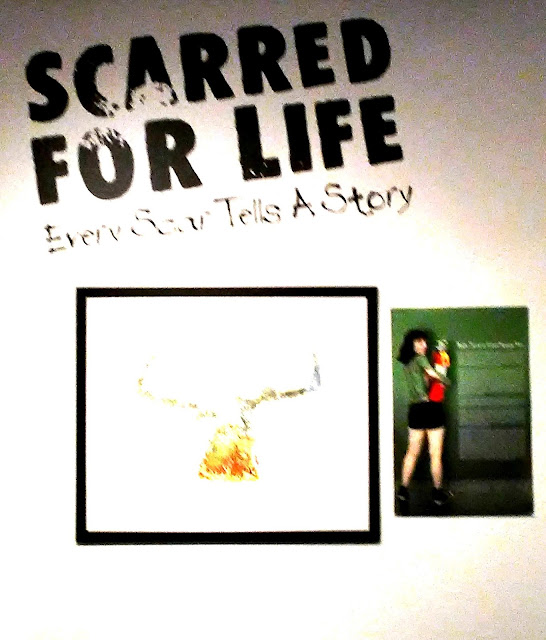 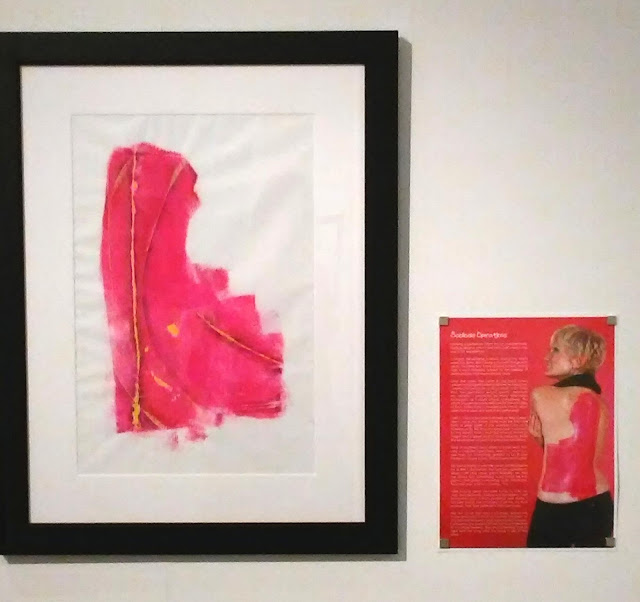 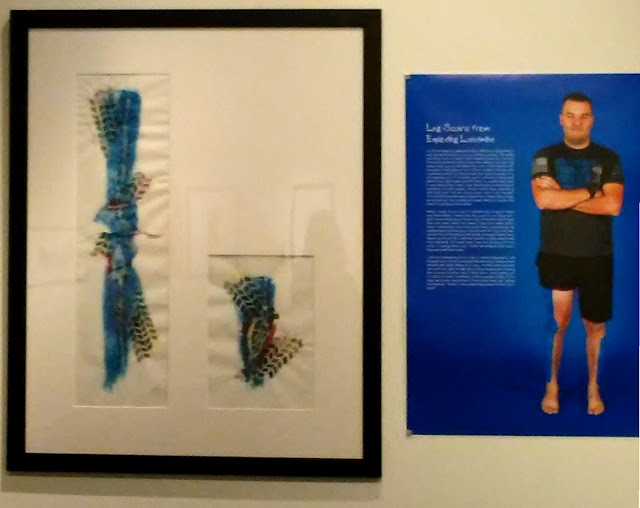 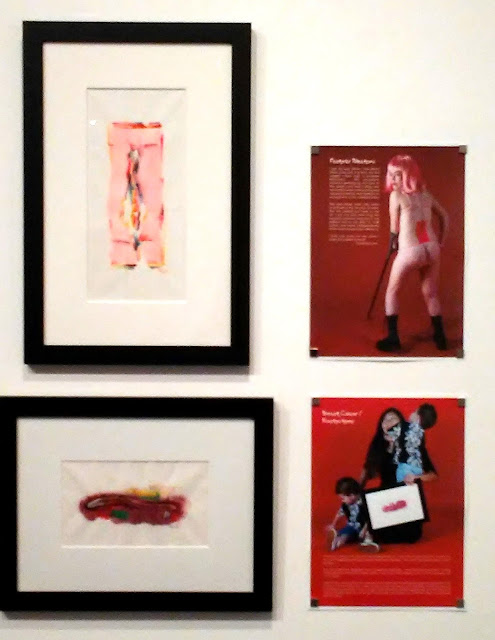 Coming up is one more exhibition in this series: A Time To Heal: July 29–October 8, 2017. A small group of veterans wrote letters to themselves, reflecting on hardship and healing during workshops facilitated by artist Trinh Mai at the museum. These letters have been incorporated into the “war wounds” that participants created using various materials.

But there is another exhibition by Michelle Montjoy that also demonstrates community involvement in  making art. River from March 25–July 9, 2017 is a small show which documents the participation of people who, using large table top looms or finger crocheting, contributed to a visual conversation by knitting or crocheting, braiding or knotting a form using old t-shirts. 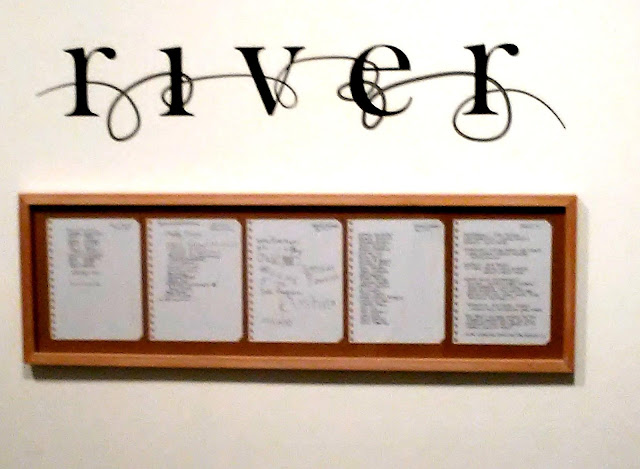 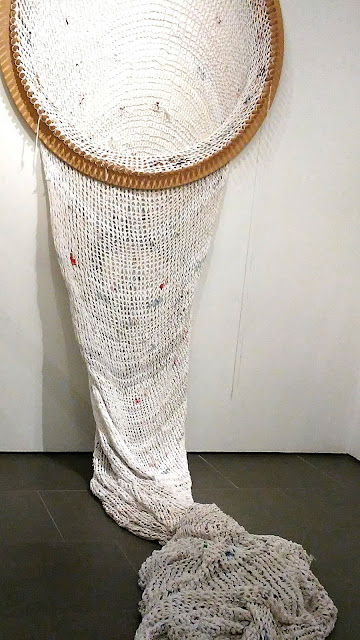 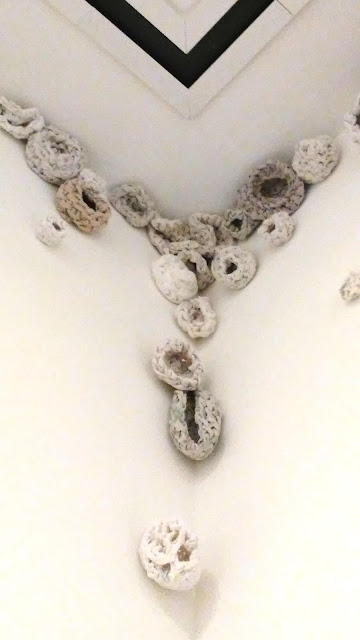 More of Michelle Montjoy's work can be seen at the entrance and when ascending and descending the main staircase. Ms. Montjoy is currently in the New Contemporaries exhibition. You have until Aug 4 to visit and vote for your own choice of New Contemporaries emerging artists nominated for the San Diego Art Prize. There is a second reception for this show on July 8 from 6 to 9 pm at basileIE + CMCuratorial in Barrio Logan. San Diego Visual Arts Network who produced the San Diego Art Prize is putting up a cash prize for the public choice award but you have to be present at the venue to vote with your smart device. at www.sdvan.net/app. Here are links to 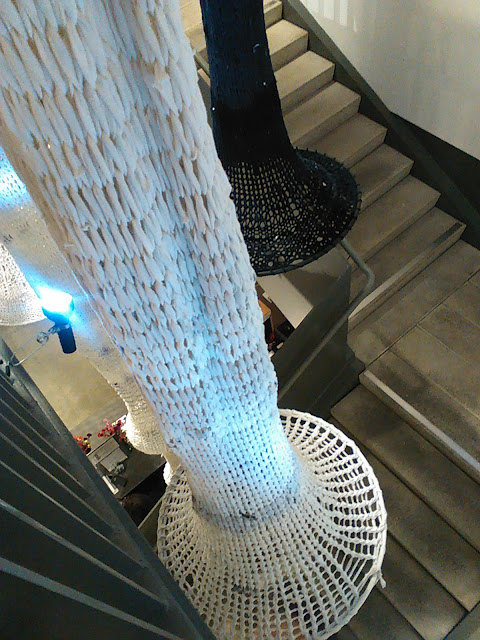 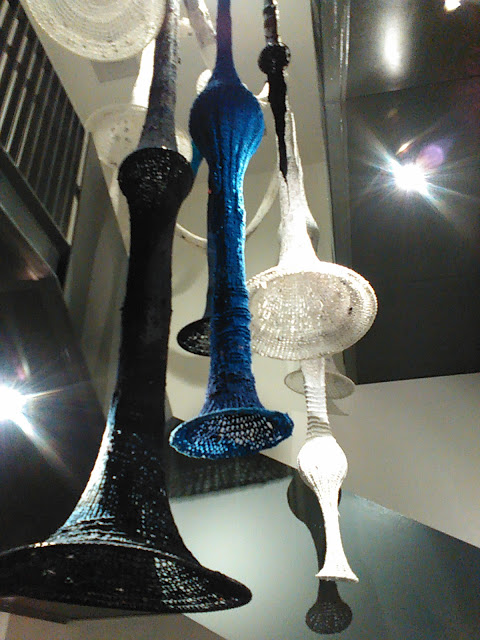